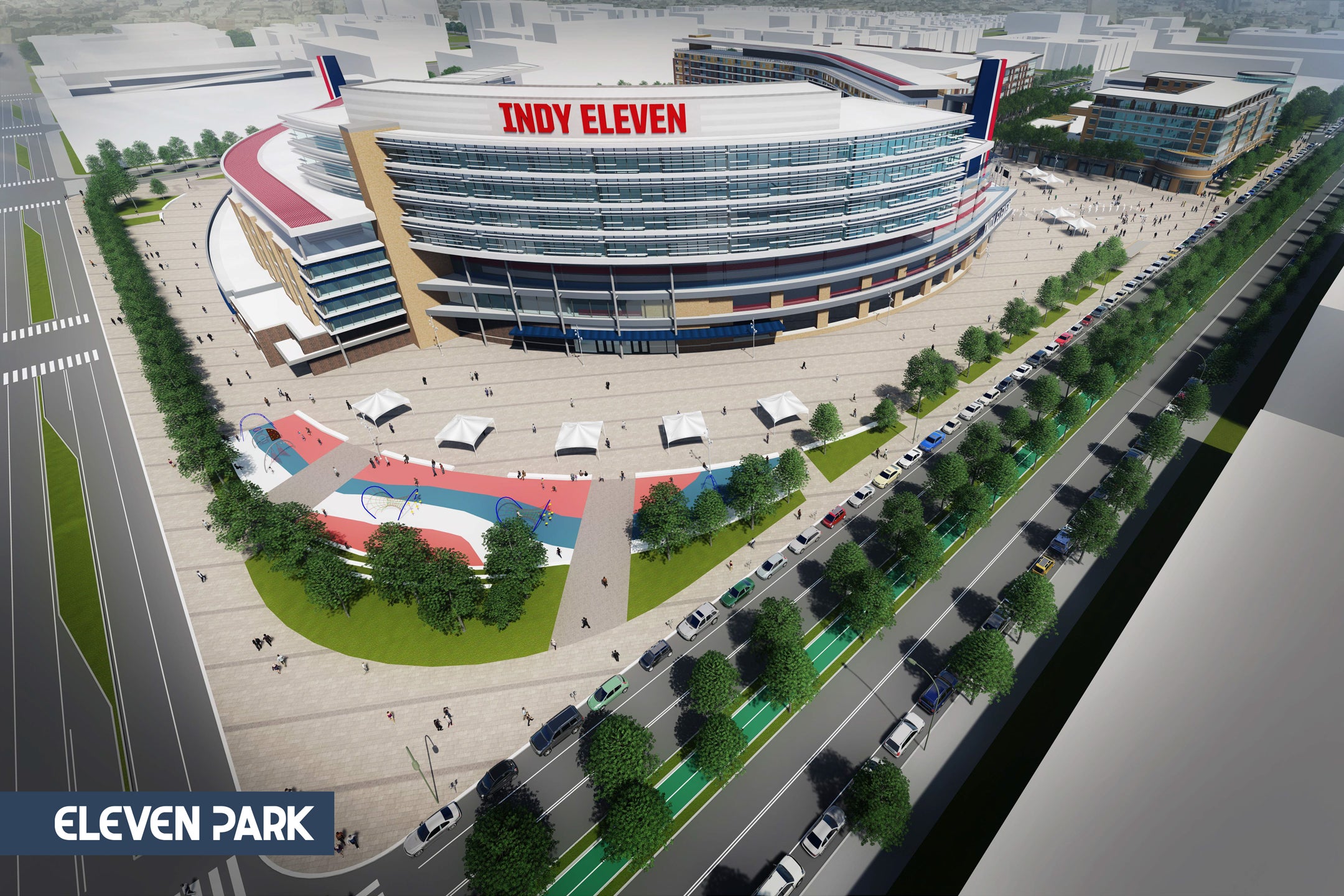 The measure involving the Marion County Capital Improvement Board is part of a deal to keep the Indiana Pacers at Bankers Life Fieldhouse for 25 more years and to initiate plans for the construction of a $150 million stadium for the Indy Eleven soccer team. The state Senate voted 44-4 Tuesday in favor of the plan, sending it to Gov. Eric Holcomb for consideration.

No new taxes will be imposed under the proposal, but $295 million in state and local income and sales tax revenue generated by several nearby downtown Indianapolis hotels would be diverted from the state, city and local schools.

APP USERS: See photos of the stadium project with the online story

The Indy Eleven issued a statement that said in part:

“With Senate Bill 7 now headed to the Governor’s desk, we are ready to kick off a new era for Indy Eleven professional soccer and the world’s most popular sport in Indiana – with no new taxes and no appropriations from city or state governments.

“This is the latest step in the legislative process. With the Governor’s signature, we can continue along the path to fully capturing this one-in-a-generation opportunity to secure the future of the world’s game in our capital city.”

A committee in March had removed language from Senate Bill 7 that would have required a major league soccer team commit to the city before a stadium could be built. MLS recently announced it would expand from 24 to 30 teams. The newest MLS team starts this year in Cincinnati.

“The Simon family has always desired for the Pacers to stay in Indiana for the long term. The new agreement ensures that the Pacers will be here and that the Fieldhouse will continue to be the best facility for generations of fans and guests.

“I want to applaud this afternoon’s concurrence on Senate Bill 7, but I also want to applaud the way this legislation was crafted — through state-local collaboration, without a tax or fee increase, and with broad bipartisan support.”