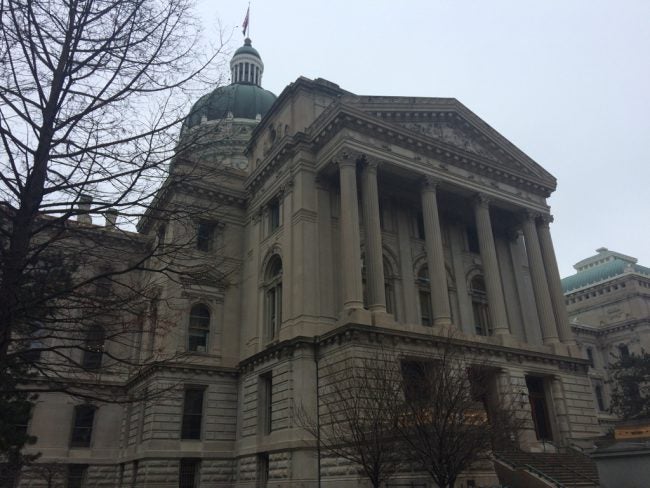 INDIANAPOLIS (AP) – When the Indiana Legislature allowed a Senate committee to hear testimony on a medical marijuana-related bill, some proponents saw a glimmer of hope.

The measure would create a pilot program allowing some epileptic children to be treated with “hemp oil” derived from cannabis plants. It’s a far cry from a comprehensive medical marijuana program – such oil doesn’t contain enough THC to get a person high – but to supporters, it marked a significant shift after years of medical marijuana-related bills dying in the Senate without a hearing.

Indiana is among the last states to forbid even the use of marijuana extracts that are low in THC and high in cannabidiol, or CBD, a compound in the plant that studies suggest may help reduce epileptic seizures. Although federal law still considers marijuana illegal, more than half of U.S. states, including some conservative ones, have legalized full-scale medical marijuana for the treatment of certain conditions. Meanwhile, eight other states and Washington, D.C., have legalized the recreational use of the drug.

There are more than 10 Indiana bills that have been proposed this session pertaining to medical marijuana in some form or another. But advocates say the best chance of making any headway in the conservative state is by pushing for passage of a law that would allow for limited access to the low-THC, high-CBD extracts.

“It’s not a secret that more conservative states are a little more reluctant to go down this path than left-leaning, bluer states,” said Maggie Ellinger-Locke of the Marijuana Policy Project. “It’s not an uncommon situation.”

Republican state Sen. Blake Doriot, a co-author of the epilepsy bill whose adult son suffered from seizures for about a year and a half as a child, teared up in an interview with The Associated Press while talking about the fear his family lived with during that period.

“My wife’s mother was killed in a car accident and my sister was murdered. The epilepsy was worse than those,” he said. “The pure terror – you don’t know, it’s totally out of your control.”

Doriot said his son, who is now 18 and has been seizure free for more than a decade, likely wouldn’t have benefited from a low-THC, high-CBD oil. But he said he sees its value if it can help children who do experience daily seizures, sometimes hundreds of times in a day. He also stressed that he has no public stance on the merits of full-scale medical marijuana.

To distinguish the bill from full-scale medical marijuana programs other states have adopted, Doriot and his co-sponsor state Sen. Jim Tomes call it a “hemp” measure. Indiana law defines industrial hemp as a cannabis plant with less than 0.3 percent THC.

Changing the minds of conservative lawmakers will require dispelling myths about the drug, said Democratic state Sen. Karen Tallian, who has introduced several medical marijuana-related proposals. She said many legislators still buy into marijuana’s farcical portrayal in the 1930s Reefer Madness documentary, which depicts a group’s descent into madness and murder after using it, and she plans to present them with “clear and convincing” evidence of its medical benefits.

Misinformation is something that former Marine and medical pot advocate Jeff Staker said he’s trying to combat. In addition to forming an advocacy group, Hoosier Veterans for Medical Cannabis, Staker said he’s sent information books to each lawmaker. Most veterans, he said, aren’t going to use it “just to get high,” they want to treat PTSD or chronic pain.

“We’re the protectors of our country, we are the enforcement of democracy,” he said. “And we come back and you don’t want to fight for our rights? I don’t think so.”