US lawmakers from Indiana, VP react to Trump impeachment inquiry 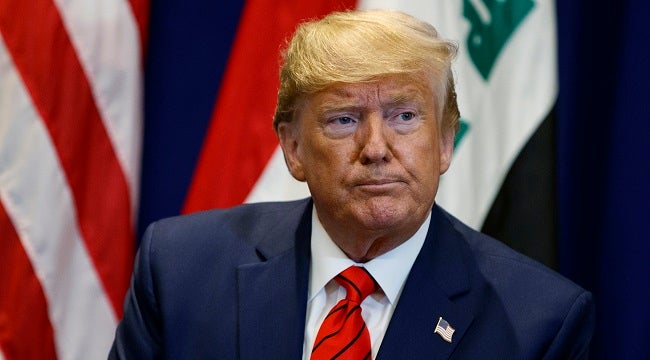 INDIANAPOLIS (WISH) — The whistleblower complaint that triggered the impeachment probe into President Donald Trump will be available to some lawmakers Wednesday.

According to Associated Press sources, the House and Senate intelligence committees have been negotiating with the acting director of national intelligence to see the report.

The department initially withheld the report. News 8 talked to a local professor Wednesday who said the report has the chance of discrediting Nancy Pelosi’s impeachment inquiry.

“I think it would challenge it,” explained Laura Wilson, assistant professor of political science at University of Indianapolis. “I think if the report doesn’t have what Pelosi is looking for, it would make it harder to have that question of impeachment. She must feel pretty confident that she has enough material to go forward with the investigation. Up until Tuesday afternoon, she’s say they’re looking into the investigations and she quickly changed her tune there.”

We’ve reached out to several lawmakers on the issue. You can read individual statements below.

“House Democrats are consistently putting false claims and endless impeachment drama ahead of real solutions for American families. This transcript is another example that they will stop at nothing to seek revenge on the 62 million Americans who voted for President Trump and who are relying on him and Congress to focus on real, day-to-day issues for American families and businesses.”

“Since President Trump was elected, Democrats have been working to overturn the results of the 2016 election and have had articles of impeachment already written and merely looking for a smoking gun to justify their impeachment agenda. Despite the hype and promises made by Washington Democrats ahead of its release to the American people, the Mueller report did not produce what they needed to fit their narrative upon its release to the public – and neither did this phone call with the President of Ukraine. This blatant attempt to pander to the farthest left voters clearly demonstrates to the American people that it is the extreme voices of the socialist wing of the Democrat party who are really in charge of House Democrats.”

“I am troubled by the memorandum that was released today, but not surprised by what was written. Throughout his time in office, President Trump has displayed a flagrant disregard for the rule of law, and this memorandum further reveals that fact. What does surprise me however, is that the President released this information seemingly under the false assumption that it would somehow vindicate him. The details of this conversation don’t reveal an innocent man. They show an obvious attempt by the President to use the power of his office to exert influence over his foreign counterpart, and thinly veiled quid pro quo. Every American should be extremely concerned by what is found in its pages. I fully support Speaker Pelosi’s decision to launch a formal impeachment inquiry, and the details of this phone call demonstrate the absolute necessity of this bold step. We are living under a President who seems to think he is above the law, and cares more about smearing political opponents than upholding the Constitution and maintaining the trust of the American public. That is why we must take steps to stop this executive overreach and restore honor to the Oval Office. As a member of House Intelligence, one of the committees tasked with conducting this inquiry, I am honored to play an active role in this vital effort. And I will undertake this responsibility with the utmost care, and with the full understanding that the future of our Democracy is at stake.”

“Federal law sets forth how sensitive intelligence matters should be handled and it is critically important that the Administration upholds the rule of law and follows necessary statutory steps. I applaud the President’s decision to release the transcript of his conversation with Ukrainian President Zelensky. After reading the transcript of the call between President Trump and the Ukrainian President, there does not appear to be any quid pro quo for Ukraine to receive military aid in exchange for an investigation. As agreed upon unanimously last night by the Senate, Congress must perform our oversight duties and the Administration should follow the whistleblower process as set forth in statute. It is now apparent to me that congressional Democrats are laser focused on impeaching the President because they chose to begin impeachment proceedings without a hearing to gather tangible facts and are instead relying on the rumors of the day. At this point, there is clearly nothing illegal, let alone impeachable.”

“Speaker Nancy Pelosi’s decision to open an impeachment inquiry into President Trump is a blatant disservice to the American people and a desperate attempt to overturn the 2016 election,” stated Indiana Attorney General Curtis Hill. “Rather than our representatives in Congress addressing real issues of concern such as the ever growing crisis at our border, the rapid increase in violent crime, and defending the rights of freedom seeking Americans, the American people may now be forced to watch their Congress waste the next several months with yet another investigation – the modern equivalent of a circus side show. This is an embarrassment and needs to be stopped.”