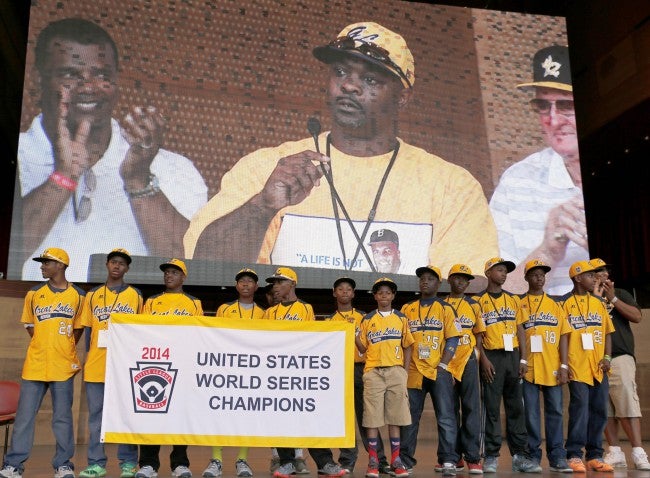 Team manager Josh Biven said the loss was difficult but is harder to take now that Little League International has stripped district, state, Great Lakes and national championship titles from Jackie Robinson West for using players from outside the league’s boundaries.

“All I wanted to do was go to Williamsport,” New Albany All-Star David Newbanks told the News and Tribune. “We played hard and we deserved to go. They took away the opportunity for us to go to Williamsport. That was the chance of a lifetime.”

“Our boys … feel cheated out of the opportunity to play at Williamsport,” Biven said. “I think our boys should get some recognition for this. We’re trying to figure out what’s the best scenario.”

He said the team was trying to organize a trip to Williamsport, Pennsylvania, for this year’s World Series so players could walk on the field and be recognized as the 2014 Great Lakes champions during the opening ceremony.

Jackie Robinson West is the third team in Little League history to be stripped of a championship. The other two teams – The Bronx in 2001 and the Philippines in 1992 – were disqualified for age discrepancies.

Biven believes his team had a chance to claim the 2014 U.S. championship if the playing field had been level.

“We could have won that thing,” he said. “It’s a life lesson that there are adults out there willing to lie and cheat. At the ripe ol’ age of 12, our kids had to learn that lesson firsthand.”