Decades in the making, West Lake rail project is underway 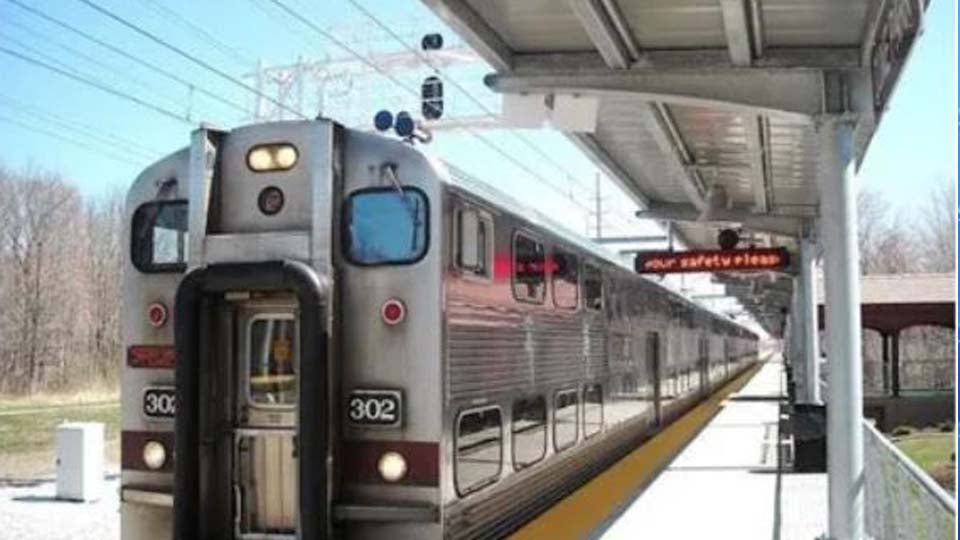 In an interview with Inside INdiana Business, Northern Indiana Commuter Transportation District President Mike Noland said crews are currently focused on the northern part of the project in Hammond.

“The most complex portion of the West Lake project will be the north Hammond area where we [trains] will be up in the air for a good mile or so over a number of different areas,” said Noland, who explained the “flyover” track needs to cross over four other rail lines and the Little Calumet River. “That’s where people are really going to see a whole lot of activity in 2022 is those foundations, building those foundations, some of the bridge fabrication in those areas.”

Noland says part of the new line will run along remnants of the old Monon Railroad, a six-mile portion of land that was abandoned by CSX in the late 80s and early 90s.

“In 2023 is where they’ll really start to lay some of ballast, rails and ties,” said Noland.

Progress cannot come soon enough for Anne Anderson, who is the economic development director for the city of Hammond. She says the rail line’s linkage to the past is a critical part of the city’s future in the downtown area.

“A train station in a downtown urban core is going to be a fabulous coup for residential. We’ve never really had residential in our downtown before,” said Anderson, who adds the city has three downtown residential projects in the works. “Market studies are showing that people, millennials and younger and empty nesters are seeking out smaller urban cores to live in. We’re taking advantage of that, promoting our downtown.”

While Hammond city leaders envision economic and potential population gains from the new commuter service, there is a catch.

The original West Lake Corridor blueprint, approved by federal agencies, does not include a station in downtown Hammond. The NICTD project has a gateway station one mile north of downtown, where the extension will meet the existing South Shore Line, and another stop two miles south.

“We studied a number of different potential station locations during the environmental review process, including downtown Hammond. The ridership numbers didn’t play out to justify, at the time, building a station,” said Noland.

As the planning and environmental processes played out, Hammond Mayor Tom McDermott approached NICTD about adding a third location with the hope to attract new residents downtown.

“If we had done that, we would have had to reopen the environmental process and basically start from scratch,” Noland said.

Noland says when the U.S. Federal Transit Administration conducts analysis to determine if the federal government will fund projects like this, local and states agencies seeking funding are not allowed to present potential new development, only existing.

Undeterred, NICTD has agreed to allow Hammond to build the additional train station, but only once the West Lake corridor trains are running in 2025.

“We have the commitment. Everything’s in place. We’re working on the designs now. We’ll just pause until we can get there,” said Anderson.

The new route will provide service from southern-most point in Dyer to Millennium Station in downtown Chicago.

“It is absolutely transformative,” said Anderson. “It will definitely support the idea of Hammond being a suburb of Chicago.”

And it may already be working. Analysis of the most recent U.S. Census shows three Lake County communities rank among the state’s 10 fastest-growing places with St. John posting a 4.9% increase in 2021, followed by Cedar Lake with 3.9% growth and Winfield saw a 3.7% increase in population.

While those communities are not along the extension pathway, NICTD says residents will eventually benefit from having access to Chicago.

“By opening up and developing this new train line in Lake County, we really open up opportunities to get the higher paying jobs in Chicago and then come back and spend that higher dollar in northwest Indiana. It really is an opportunity for our community and for our residents,” said Noland during an interview last December on Inside INdiana Business with Gerry Dick.

Still, Noland acknowledges it has been a long, arduous journey for the transportation district and the region. An idea in the 1980s that sparked a long-term vision is now underway.

In October 2020, Governor Eric Holcomb joined local, state and federal officials to break ground on the project, which also celebrated the Full Funding Grant Agreement with the U.S. Federal Transit Administration and the NICTD.

The project is being funded by a nearly $355 million federal infrastructure grant, as well as nearly $255 million from the state and more than $335 million from local partners.

“It’s like a 15 round fight and if you can’t handle taking a mandatory eight count every now and then and getting yourself off the mat and picking yourself back up, then don’t go after a federal full funding grant agreement. Because it’s quite the process but we stuck with it and here we are today building it.”

Noland says the West Lake Corridor service will run five trains during both the morning and evening rush hours from Dyer to Chicago. During off-hours, it will offer two-car shuttles from Dyer to Hammond, where passengers can then move to a train on the main line headed to Chicago. He says it is unusual to commit to such an aggressive schedule on a new, unproven rail path, but he believes market demand will fill the trains.