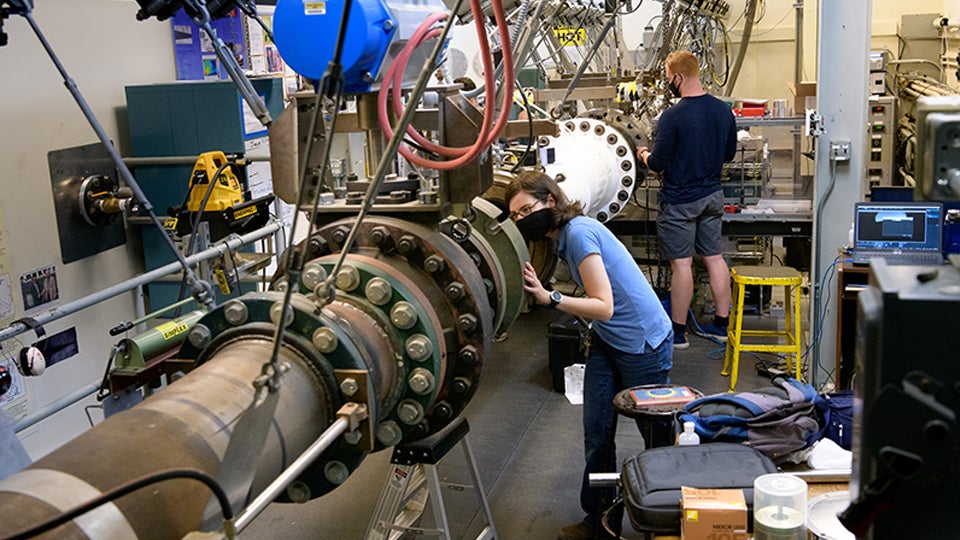 Purdue says the Mach 8 quiet wind tunnel is the only one in the world. The university also operates a Mach 6 wind tunnel.

The tunnels recreate different scenarios such as spacecraft re-entry or missile flight through the atmosphere.

“This first-of-its-kind facility will further Purdue’s capacity to conduct research including tests and evaluations under real-world conditions for faculty, industry partners, federal agencies and other stakeholders,” said Theresa Mayer, Purdue’s executive vice president for research and partnerships. “Purdue’s rich hypersonics program includes both a broad bench of more than 40 experts and unique capabilities that allow the university to play an important role in the security of our nation.”

Hypersonic vehicles can travel more than five times the speed of sound and fly in the upper reaches of the atmosphere. Purdue says the HYPULSE tunnel allow flight simulations at speeds ranging from Mach 5 to as high as Mach 40.