Rush touts courts’ adaptation during State of the Judiciary 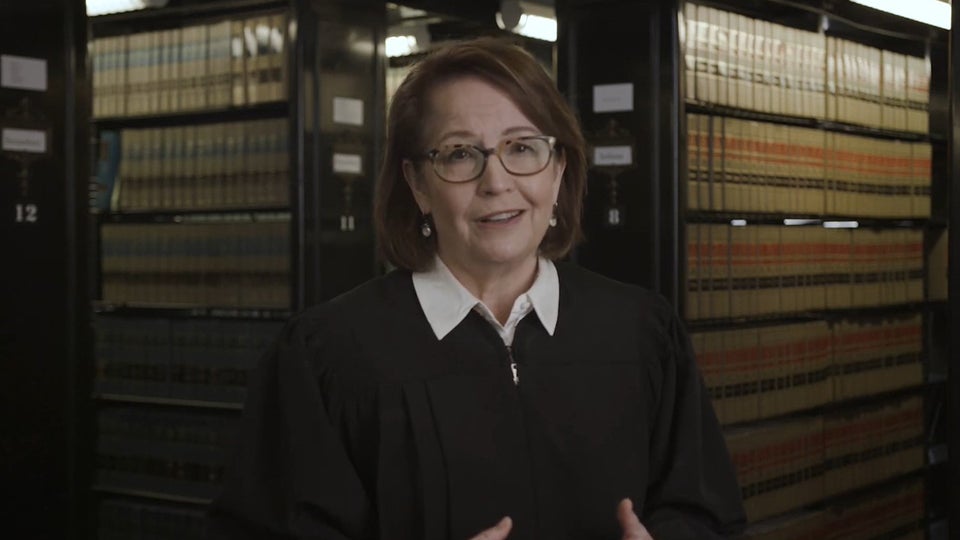 INDIANAPOLIS (Inside INdiana Business) — Indiana Supreme Court Chief Justice Loretta Rush lauded the work of the state’s courts to adjust as a result of the pandemic. During her annual State of the Judiciary address, which this year was pre-recorded and included comments from judges throughout the state, Rush said judges were determined to keep their courts operational.

In order to achieve that goal, Rush said technology was key for the courts. She says hundreds of laptops and Zoom licenses were purchased, and the state built its own application to host live court proceedings online for the public.

“As I have said in the past, the judiciary continues to be grateful for the financial support from the legislative and executive branches for our technological needs,” Rush said.

Rush says social distancing was also key for many courts to be able to maintain in-person operations, including jury trials. Vanderburgh Superior Court Judge Les Shively said the court was able to utilize a unique space.

“Were able to take our high-volume courts and move them to this convention center facility where we had adequate spacing, adequate room sizes to accommodate—as I said, large-volume courts—and also to assist in jury selection when we were doing jury trials,” said Shively. “And so as a result, we have been able to keep our caseload, and again, we were very fortuitous to have this facility so sort of close proximity to the courthouse. And it was a win-win situation, because COVID relief money that the county received basically “paid the rent” to be able to use this convention facility.”

Rush says the pandemic has also highlighted the need for the state’s nearly 130 problem-solving courts to help with behavioral health and mental health issues for Hoosiers, which have seen an increase. She also underscored the need for pretrial reforms, including using an evidence-based risk assessment system that allows courts to identify candidates to receive treatment, rather than being sent to jail.

Rush adds the Indiana Supreme Court is set to return to the courtroom this month after working remotely since the pandemic began.

You can view the full State of the Judiciary address by clicking here.