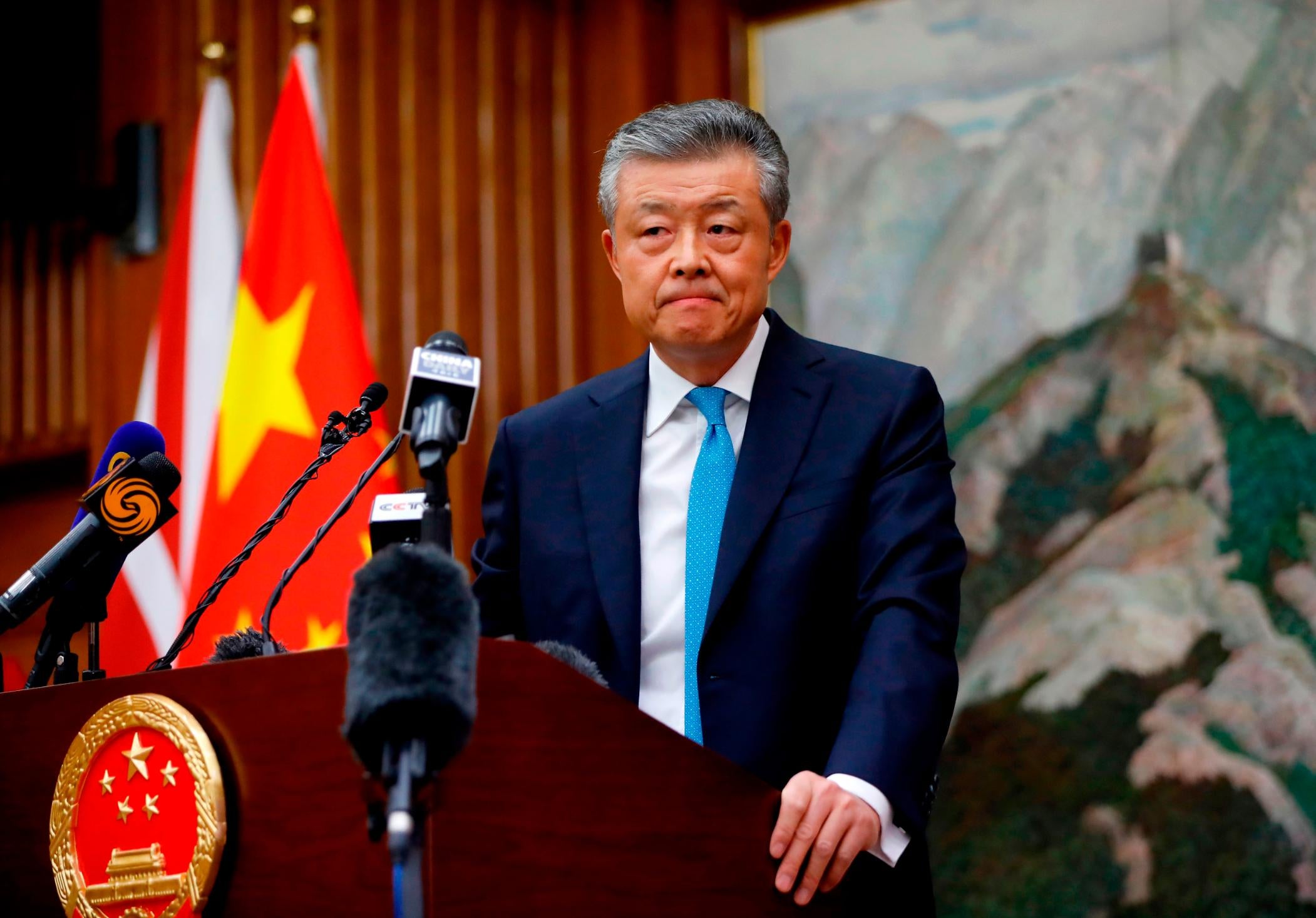 China's ambassador to Britain Liu Xiaoming takes questions from members of the media at the Chinese Embassy in London on February 6, 2020, during a press conference relating to the coronavirus strain 2019-nCov outbreak in Wuhan, Hubei province. (Provided Photo/TOLGA AKMEN/AFP via Getty Images via CNN)
by: Ben Westcott, CNN Business
Posted: Sep 10, 2020 / 07:59 AM EST / Updated: Sep 10, 2020 / 07:59 AM EST

The apparent sexually explicit “like” was first identified by a London-based human rights campaigner on Wednesday.It quickly set off a storm online as Twitter users speculated about whether ambassador Liu Xiaoming’s account had been hacked.

The account also appeared to “like” at least one other post which was critical of the ruling Chinese Communist Party. It is not clear how long the apparent “likes” remained active, or when they first appeared.

All of the “liked” tweets on the account have now been removed, apart from just two of his own posts from October 2019. The ambassador has more than 85,000 followers on his official account.

In a statement Wednesday, the Chinese embassy in London asked for Twitter to open an investigation.

“The Embassy has reported this to [Twitter] and urged the latter to make thorough investigations and handle this matter seriously. The Embassy reserves the right to take further actions and hope that the public will not believe or spread such a rumor.”

Liu himself retweeted the statement from the Chinese embassy, adding cryptically that “a good anvil does not fear the hammer.”

A spokeswoman for Twitter told CNN Business that there was nothing for them to comment on at present.

Twitter is one of several US-based social media platforms that are blocked in China, along with Facebook and Instagram. Despite this, Chinese diplomats have increasingly been using Twitter to promote Beijing’s interests around the world.

Liu was appointed China’s ambassador to the United Kingdom in 2009. An outspoken defender of China in the media and online, he has been a keen adopter of Beijing’s new breed of “wolf warrior” diplomacy, which encourages a rapid and aggressive response to any perceived slights against the Chinese government.

During a debate in July over whether the United Kingdom should ban Chinese tech giant Huawei from its 5G network, for example, Liu said at a news conference that “the way you are treating Huawei will be followed very closely by other Chinese businesses.”

And while speaking to the BBC that month, Liu denied accusations of human rights abuses in China’s far western Xinjiang region, including the mass incarceration of minority Muslim citizens, saying that the Chinese government treated “every ethnic group as equal.”