EU says it will redouble efforts to save Iran nuclear deal 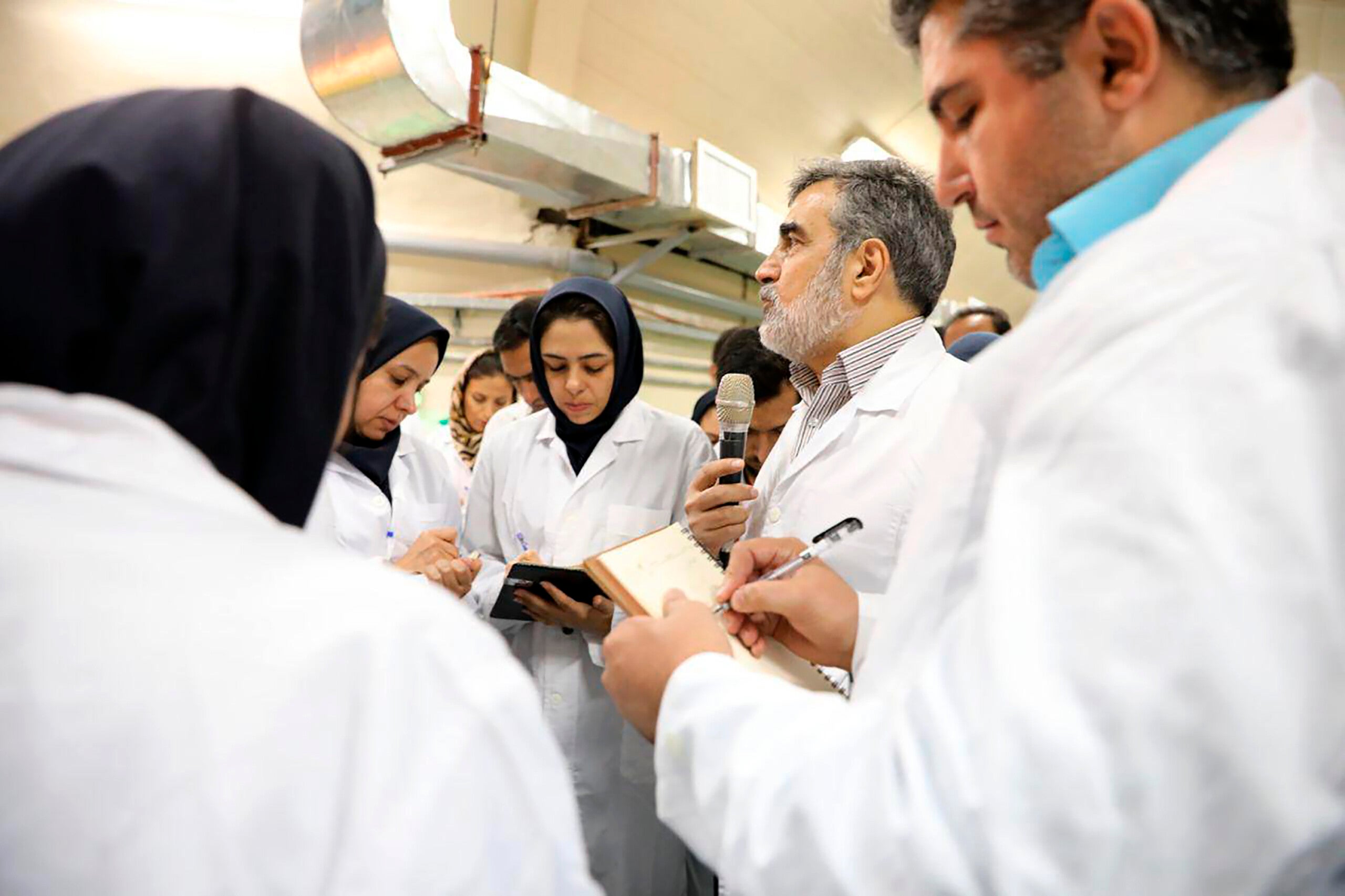 In this photo released by the Atomic Energy Organization of Iran, spokesman of the organization Behrouz Kamalvandi, center, briefs the media while visiting Fordo nuclear site near Qom, south of Tehran, Iran Saturday, Nov. 9, 2019. Joe Biden has an Iran problem. And, it’s getting more complicated by the day. Thanks to provocative moves by Iran and less-than-coherent actions by the outgoing Trump administration, the president-elect is facing an increasingly uncertain situation when it comes to Iran, a decades-long American nemesis that has been a target of blame for much of the Middle East's instability, (Atomic Energy Organization of Iran via AP)
by: Associated Press
Posted: Jan 5, 2021 / 07:53 AM EST / Updated: Jan 5, 2021 / 07:53 AM EST

BRUSSELS (AP) — The European Union said Tuesday it would redouble its efforts to save the Iran nuclear agreement despite what it calls Tehran’s “important breach” of commitments made in the 2015 deal by starting to enrich uranium to new levels.

EU spokesman Peter Stano said that Iran’s actions “will have serious implications when it comes to nuclear nonproliferation.” Stano said it was in everyone’s interest to rescue the deal and said the 27-nation bloc “will strengthen” its attempts to make sure all adhere to the commitments made in the landmark deal.

Iran began enriching uranium Monday to levels unseen since its 2015 nuclear deal with world powers. The decision appeared aimed at increasing Tehran’s leverage in the waning days in office for U.S. President Donald Trump, whose unilateral withdrawal from the atomic accord in 2018 began a series of escalating incidents.

Increasing enrichment at its underground Fordo facility puts Tehran a technical step away from weapons-grade levels of 90%. Iranian Foreign Minister Mohammad Javad Zarif said the action was “fully reversible” if other partners in the deal fully complied too, without elaborating.

Iran informed the International Atomic Energy Agency of its plans to increase enrichment to 20% last week.

Iran’s decision to begin enriching to 20% purity a decade ago nearly triggered an Israeli strike targeting its nuclear facilities, tensions that only abated with the 2015 atomic deal, which saw Iran limit its enrichment in exchange for the lifting of economic sanctions.