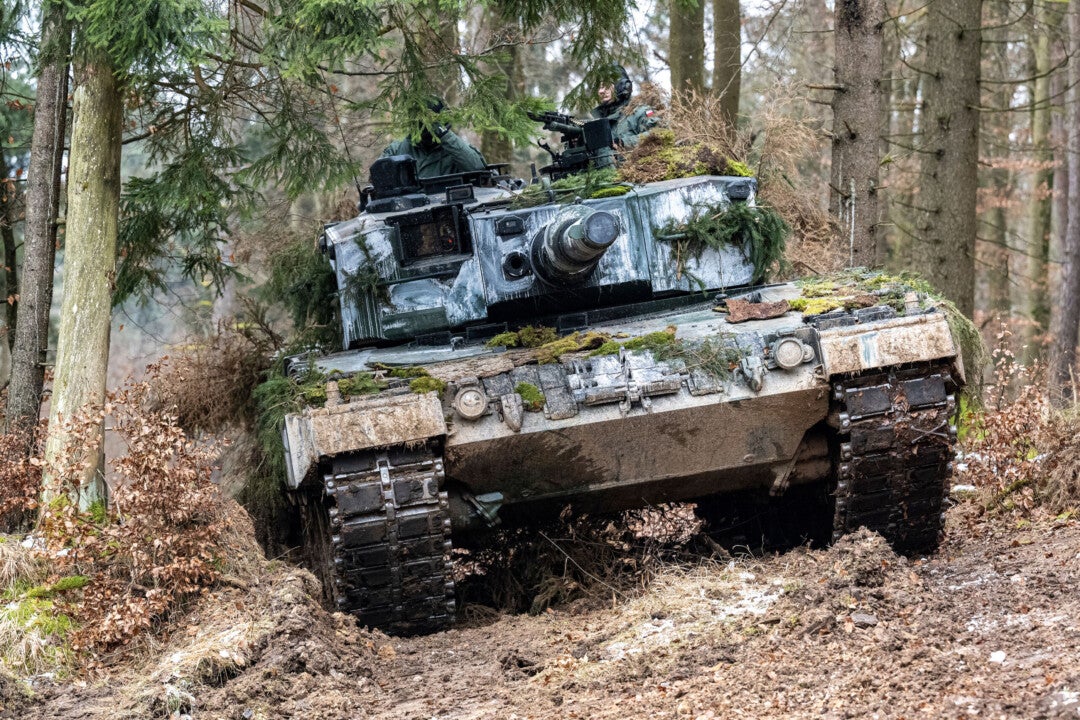 27 January 2022, Bavaria, Hohenfels: A Polish Leopard 2 stands in a wooded area during the international military exercise "Allied Spirit 2022" at the Hohenfels military training area. With helicopters, tanks and infantry, military forces from more than ten countries are training for emergencies at a training area. Photo by: Armin Weigel/picture-alliance/dpa/AP Images
by: Stephanie Halasz, CNN
Posted: Jan 25, 2023 / 06:48 AM EST / Updated: Jan 25, 2023 / 06:49 AM EST

(CNN) — Germany will send Leopard 2 tanks to Ukraine, Chancellor Olaf Scholz confirmed on Wednesday, marking a landmark moment in the West’s support for Kyiv that follows weeks of intense pressure on Berlin from some of its NATO allies.

Scholz told his Cabinet of his decision that Germany will further strengthen its military support for Ukraine, German government spokesperson Steffen Hebestreit said. “The Federal Government has decided to make Leopard 2 battle tanks available to the Ukrainian armed forces,” he said.

“This is the result of intensive consultations that took place with Germany’s closest European and international partners. This decision follows our well-known line of supporting Ukraine to the Ukraine to the best of our ability.”

The goal is to assemble two tank battalions with Leopard 2 tanks for Ukraine, the government statement said. In a first step, Berlin will provide a company of 14 Leopard 2 A6 tanks from Bundeswehr stocks, with the training of the Ukrainian crews to begin quickly in Germany. In addition to training, the package will also include logistics, ammunition and maintenance of the systems.

Germany will also allow other countries to export the battle tank, it said. Poland on Tuesday formally asked for approval from Germany to transfer some of its German-made Leopard 2 tanks to Ukraine.

Several European countries also own some Leopards, and Poland had led an effort to re-export those to Ukraine even if Germany was not on board.

Berlin’s announcement comes shortly after United States officials revealed on Tuesday that the Biden administration was finalizing plans to send US-made tanks to Ukraine. Germany had indicated to the US last week that it would not send its Leopard tanks unless the US also agreed to send its own M1 Abrams tanks.

Sending Leopard 2 tanks to Ukraine will provide Kyiv’s forces with a modern and powerful military vehicle ahead of a potential Russian spring offensive. It will also come as a blow to the Kremlin, which has seen a growing campaign to equip Ukrainian troops with high-tech fighting systems as Russia’s ground war nears the one-year mark.

Germany had initially resisted a growing drumbeat of Western pressure to ship some of the tanks to Ukraine, with new German Defense Minister Boris Pistorius repeatedly calling for more time and insisting that the move would come with pros and cons for Berlin.

The UK had set the precedent for providing Ukraine with main battle tanks last week after it pledged to send Kyiv 14 of its British Army Challenger 2 tanks. The agreement crossed what had previously appeared to be a red line for the US and its European allies.

Ukrainian officials have consistently pleaded with their Western allies to provide modern battle tanks — to be used not only to defend their present positions but also to take the fight to the enemy in the coming months. Ukrainians fear that a second Russian offensive may begin within two months.

All Indiana Bets / 22 mins ago