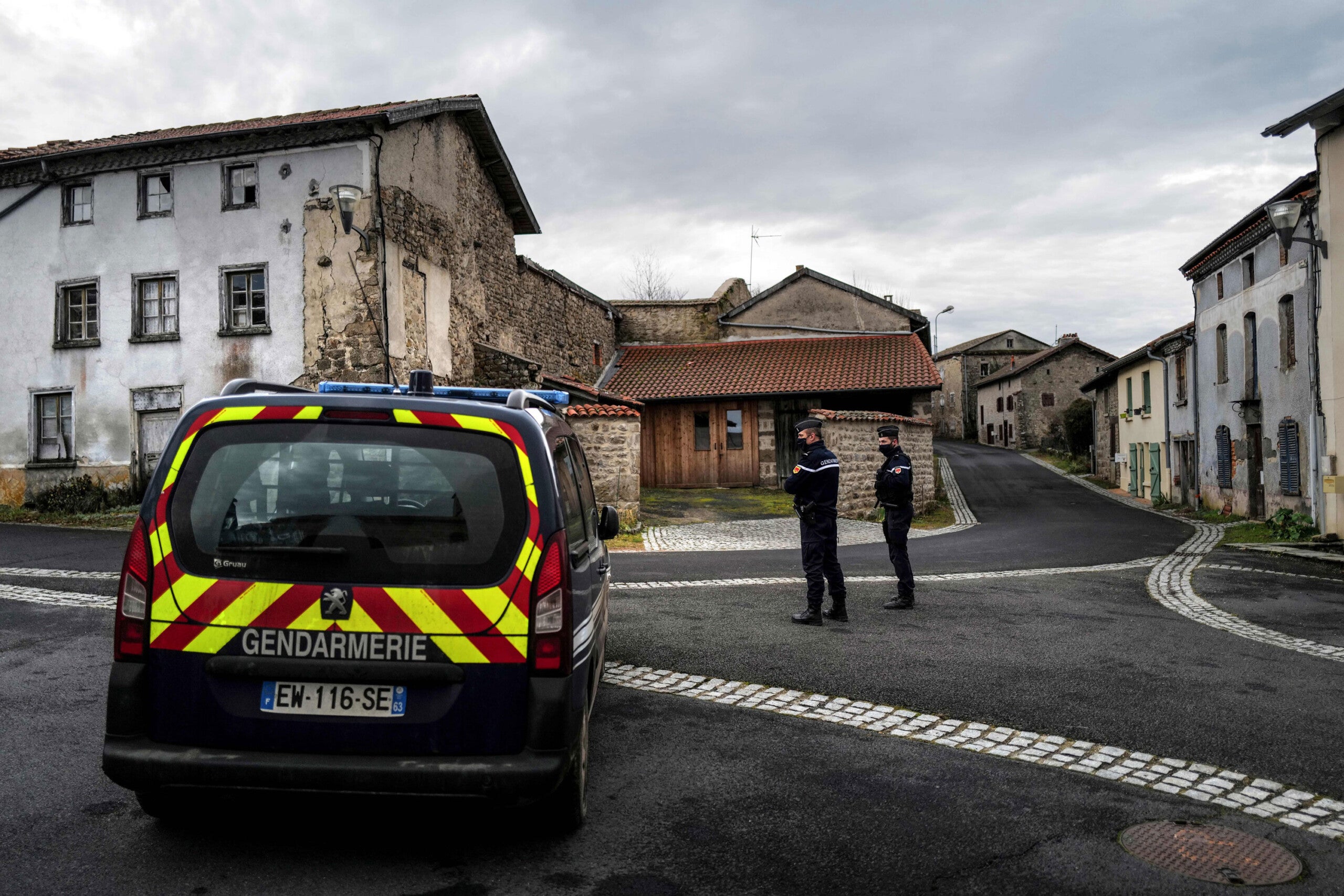 French Gendarmes stand guard in a street Saint-Just, central France on Dec. 23, 2020, after three gendarmes were killed and a fourth wounded by a gunman they confronted in response to a domestic violence call.(Oliver Chassignole/AFP via Getty Images)
by: Associated Press
Posted: Dec 23, 2020 / 12:56 PM EST / Updated: Dec 23, 2020 / 05:03 PM EST

PARIS (AP) — A heavily armed gunman in southern France killed three police officers responding to a domestic violence call at his house and then fled, and he was found dead nearby Wednesday after an apparent suicide, the regional prosecutor said.

The unusual killing of three on-duty officers prompted a broad search and drew national concern, notably from French leaders who are under pressure from police to do more to protect them. President Emmanuel Macron tweeted: “They are our heroes.”

The bloodshed started when a woman called a friend for help Tuesday night and reported her partner had beaten her at the couple’s home in the mountainside village of Ambert southwest of Lyon, regional Prosecutor Eric Maillaud told reporters.

The friend called police, and when gendarmes arrived, they found the woman on the roof, where she had taken refuge after the man apparently set the house on fire, the prosecutor said.

“It was a real scene of war that we confronted overnight,” he said. “An over-armed individual. A house in flames.”

In the ensuing standoff, three police officers were killed and another injured, and the gunman fled. Some 300 police were sent to the area to search for the assailant, according to a spokesman for the national gendarme service.

The man was found Wednesday morning in his car, crashed on a mountainside, Maillaud said. He had an unregistered semi-automatic rifle that the prosecutor described as a “weapon of war,” as well as a Glock pistol, a hunting rifle and four knives. The woman was taken into police care and given medical treatment.

Preliminary investigation suggested the assailant had undergone brief military training, held “extremist” Catholic views and was known as a survivalist who “was apparently convinced that the end of the world was approaching,” the prosecutor said. The assailant had been in a custody battle with his former partner, but police had no record of problems with the woman who was targeted Tuesday, Maillaud said.

France’s Interior Ministry reported that 146 women were killed by their partners last year, which prompted a nationwide campaign against domestic violence.

French Interior Minister Gerald Darmanin went to the scene of the killings Wednesday and praised the actions of police.

Even as law enforcement officers are seeking greater protections, activists are increasingly speaking out about brutality by some police officers, notably against minorities in low-income neighborhoods.

In one recent case, four officers were charged over the violent beating of a Black music producer that was caught on camera in images that shocked the French public. Two were held in custody but were released this week pending further investigation.

The producer, Michel Zecler, said Wednesday that the officers were being “coddled” instead of punished. Speaking on BFM television, he said, “I can’t understand what prompts such benevolence from the state.”