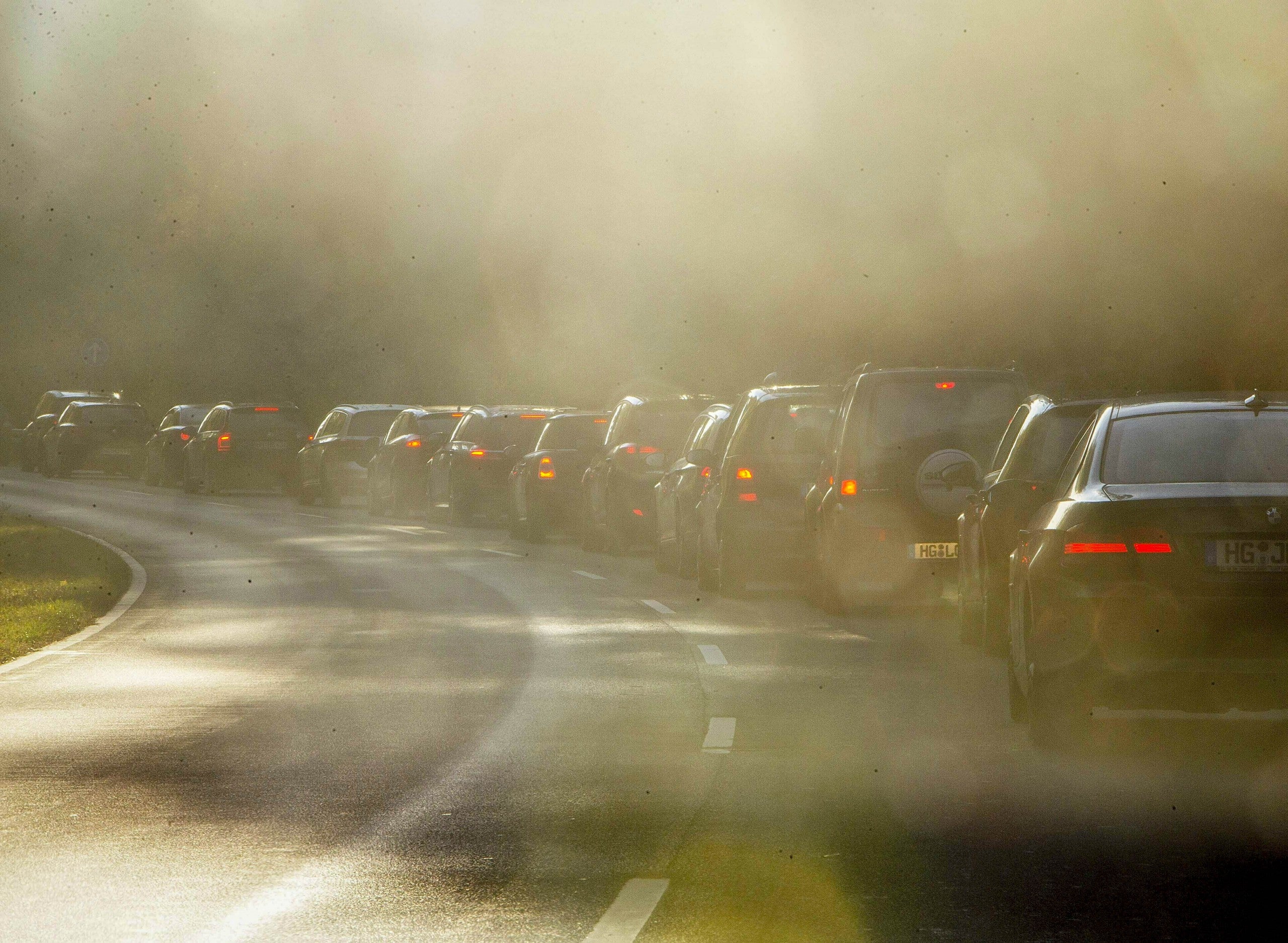 FILE-In this Oct. 31, 2018 file photo people queue in a traffic jam when commuting to Frankfurt, Germany. The European Union's top court ruled Thursday that Germany “systematically and persistently" exceeded limits on nitrogen dioxide, a harmful gas produced by diesel engines, in many regions between 2010 and 2016.(AP Photo/Michael Probst, file)
by: Associated Press
Posted: Jun 3, 2021 / 06:39 AM EST / Updated: Jun 3, 2021 / 06:39 AM EST

BERLIN (AP) — The European Union’s top court ruled Thursday that Germany “systematically and persistently” exceeded limits on nitrogen dioxide, a harmful gas produced by diesel engines, in many regions between 2010 and 2016.

The European Court of Justice faulted Germany for exceeding annual limits on NO2 in 26 out of 89 areas assessed — including the Berlin, Hamburg, Cologne, Duesseldorf, Munich and Stuttgart areas. It found that hourly limits also were exceeded in Stuttgart and the Rhine-Main area, which includes Frankfurt.

The court, which was acting on a suit filed by the EU’s executive Commission in 2018, also said Germany failed to ensure that air quality plans provided for measures to keep the periods in which the NO2 limits were exceeded as short as possible.

More recently, many German cities have introduced piecemeal bans on older diesel cars in areas or even individual streets where emissions are particularly high. It wasn’t immediately clear whether Thursday’s ruling would have practical consequences, though it could in principle lead to more such restrictions on diesel cars.

Official figures, however, show that air quality in Germany has improved since 2016.

A study released by Germany’s Federal Office for the Environment three years ago found that almost 6,000 people died prematurely in 2014 from illnesses that are known to be caused or aggravated by NO2. It compared deaths from diabetes, asthma and other diseases with emissions records in cities and the countryside.