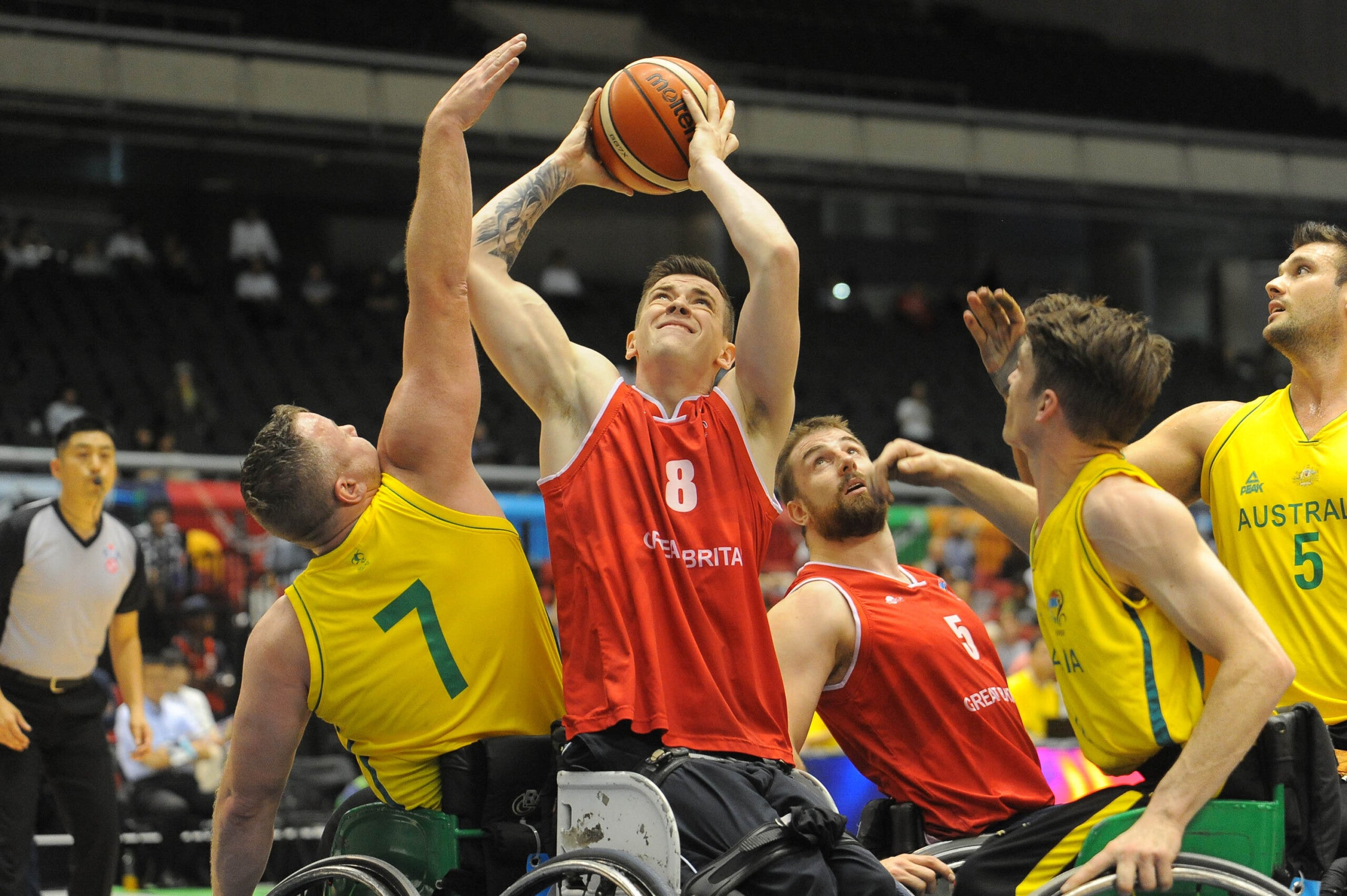 (CNN) — British wheelchair basketball athlete George Bates has said he is considering having his leg amputated after a rule change left him ineligible to play for Great Britain.

The 26-year-old Bates, who is from Leicester, England, would have been likely to represent GB at the Paralympics in Japan in 2021, but the International Paralympic Committee (IPC) has deemed his disability does not meet its eligibility categories.

He has represented GB at the World and European Championships, helping Team GB secure gold and silver medals.

Bates was injured while playing football at the age of 11 and subsequently developed complex regional pain syndrome (CRPS), which has left him walking with the use of a crutch and leaves him in constant pain.

The National Institute of Neurological Disorders and Stroke says CRPS is a chronic pain condition “believed to be caused by damage to, or malfunction of, the peripheral and central nervous systems.

Bates, who was discovered wheelchair basketball when he was 13, was told on Tuesday that his disability does not meet its strict criteria for competing in international games — a decision that he is appealing.

He said he is considering having his own leg amputated to be able to compete and claimed on Twitter he would take legal action against the body.

The IPC reviewed its classification criteria in 2015 to include just 10 eligible disability categories. At the time the International Wheelchair Basketball Federation (IWBF) adhered to its own, separate criteria — which did include Bates’ condition.

However, an IWBF spokeswoman told CNN it has now brought its own rules in line with the IPC following, she claimed, pressure from the body and did so “with great sadness.”

CNN has reached out to the IPC for comment.

Speaking to the BBC’s “Today” program on Thursday, Bates said: “The IPC have forced the International Wheelchair Basketball Federation to change their classification code.

“They basically want every disability … to fit into a small 10 point category and if you’re not in any of those points then you’re deemed as ineligible, even if they acknowledge that you do have a disability, which is kind of what’s happened in my case.”

The IPC, he said, had acknowledged he had CRPS and that it had long lasting effects on muscle power, weight bearing and range of movement but had nonetheless said the disability was not within its criteria.

“I fully agree there needs to be a process to go through it but as I said I’m unable to walk properly and have to walk with an aid. What more is needed than that?,” he said.

“They’ve recognized I do have a disability but it doesn’t fit into their 10 bullet point [check list]. There’s going to be hundreds of disabilities like that because disability isn’t a black and white thing, it’s not a tick box you can do.”

He questioned how someone could be registered as a disabled person, but unable to participate at the highest level of the sport.

Asked whether he was serious about having his leg amputated in order to fit with the IPC criteria, he said that, if his appeals and other avenues are “exhausted” then “it’s going to have to be a consideration.”

Ulf Mehrens, IWBF president, said in a statement to CNN: “I would like to emphasize that a player who has been deemed non-eligible has not cheated the system or intentionally misrepresented in anyway.

“IWBF still fully believes in our classification philosophy and that the sport should be inclusive to anyone with an eligible lower limb impairment … However, as a member of the Paralympic movement and a signatory to the IPC code, IWBF must meet compliance in accordance with the demands of IPC.”