ISP: Man who shot trooper had 2 felony warrants for his arrest 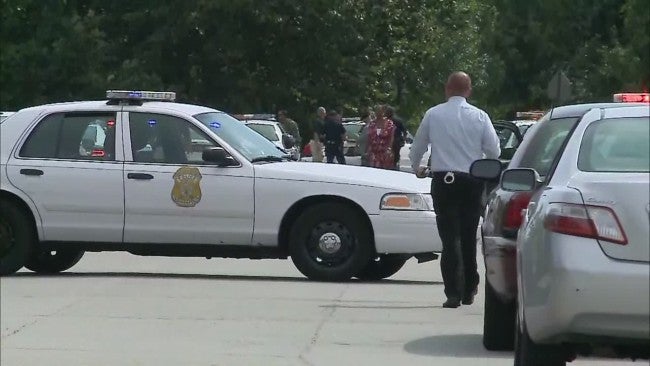 INDIANAPOLIS (WISH) – State police have released more information about an incident in which an Indiana State Police trooper was shot in the hand and a suspect was shot and killed Thursday afternoon on the northwest side of Indianapolis.

Brandon Foy, 29, of Indianapolis, was identified Friday morning as the person police shot. Police say at the time of Thursday’s incident, Foy had 2 active felony warrants for his arrest.

Indiana State Police say the investigation of Foy was less than 48 hours old and part of a drug investigation.

According to court records, police responded to a domestic call last May at a home in the 7800 block of Inishmore Way.

The probable cause stated Foy had pointed a gun at his girlfriend and mother after an argument. It also revealed that five children, between the ages of 12 months to 8 years old were home at the time of the incident.

An autopsy showed Foy died from gunshot wounds. During the autopsy, investigators found a second weapon in the pocket of Foy’s pants.

“Mr. Foy was asked multiple times to get to the ground to drop his weapon and to not take aggressive action against any of the officers there,” said Bursten.

Police said Foy led them on a chase, which ended in someone’s backyard.

ISP identified Trooper Michael Wright as the officer inolved in the shooting. Trooper Wright has been with the Indiana State Police since May of 2014.

Trooper Michael Wright has been released from the hospital and will be off duty until he can make a full recovery.

“He is going to be undergoing surgery sometime in the near future to repair the injury to his hand,” said Captain Dave Bursten, Indiana State Police.

Bursten said Wright was assigned to the Indianapolis post. 24-Hour News 8 learned he served two tours in Iraq, also has been an active member of the National Guard since 2001.

24-Hour News 8 asked why ISP doesn’t turn the investigation over to another department.

“That’s consistent with what we have always done,” said Bursten. “I have more than 30-years with the department and I do not recall us ever passing off an investigation involving one of our personnel. We have a very deep bench of qualified detectives.”

Once the investigation is complete, it will be sent to the Marion County Prosecutor’s Office to decide if charges should be filed.

Bursten would not speculate if the troopers were in the right or wrong.

“The taking of any life is always unfortunate, but what people need to remember is we don’t go out looking to take somebody’s life, it’s the circumstances that are presented to us and it all comes back to people who are not complying with lawful order of a police officer,” said Bursten.