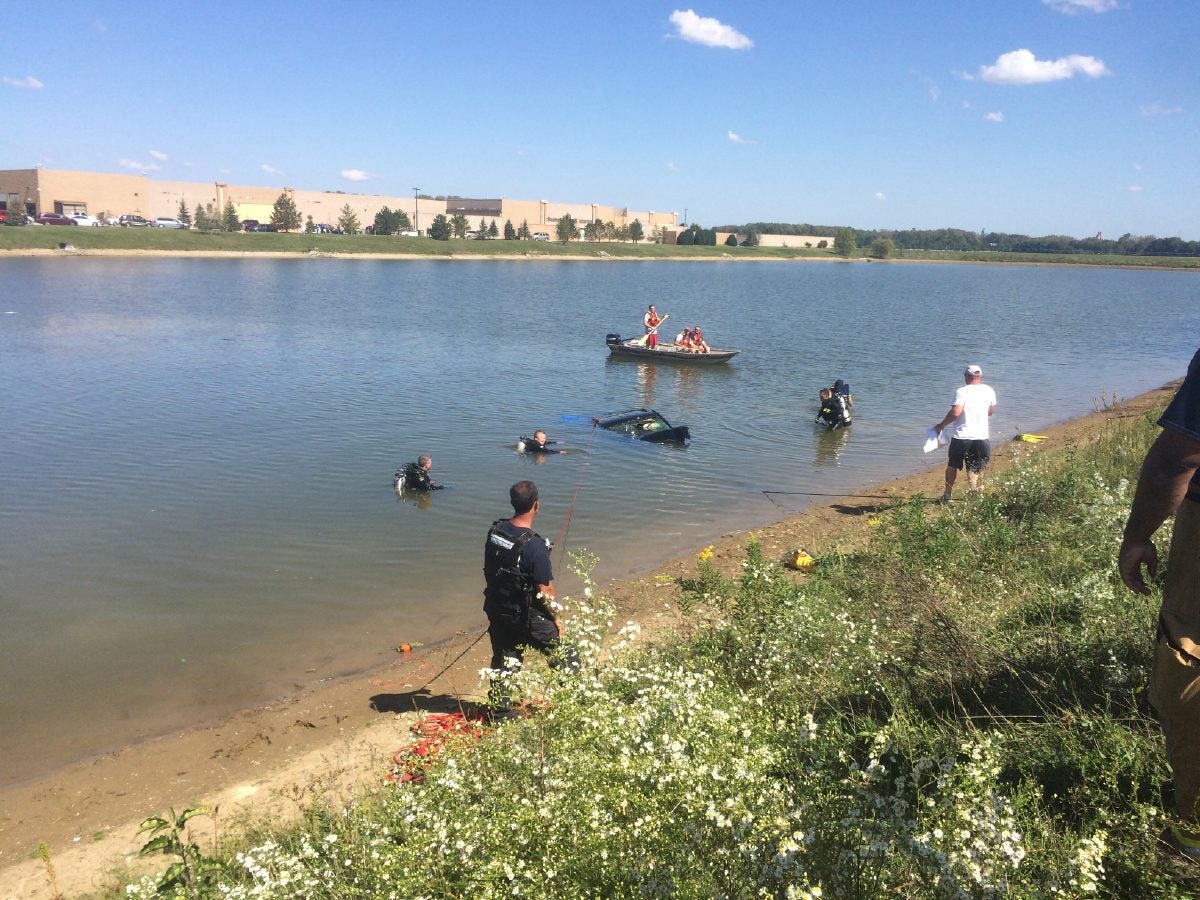 COLUMBUS, Ind. (The Republic) — A Columbus man died after his Jeep sport-utility vehicle left the road behind the west-side Menards and Walmart and drove into a retention pond.

Bartholomew County Coroner Clayton Nolting identified the victim as Thomas Kedrowitz, 37, Columbus. His body was recovered inside his black Jeep Liberty when it was pulled out of the retention pond by a wrecker at 2 p.m. Sunday. Nolting said an autopsy was scheduled for Monday.

Nolting said Kedrowitz was a Jimmy John’s Gourmet Sandwiches delivery driver who was making deliveries when the accident happened.

A female witness called 911 after she saw the Jeep, traveling toward Jonathan Moore Pike on Carr Hill Road, leave the road several hundred yards from the pond, traveling through a farm field and over a curb and embankment before entering the water, investigators said.

Jim Sweeney, Columbus, was fishing in a retention pond across the road and heard the vehicle going into the water and the woman seeking help.

“It was just before noon and I was out here fishing and I heard a big splash,” he said. “The lady told me the car had come through the field, jumped the curb and went into the lake. I heard it when it hit the water.”

Sweeney and the woman did not enter the murky water, as the car was not visible from the bank, but saw items from the vehicle including papers and bottles floating to the surface of the retention pond, he said. Sweeney, who is a forklift driver for LHP in Walesboro, stayed to help first responders by directing traffic away from the accident scene for more than an hour.

Columbus police and firefighters arrived within minutes of the call and entered the water with rescue helmets and vests to try to locate the vehicle. Divers from the Indiana State Police, the Bartholomew County water rescue team and the Indiana Department of Natural Resources were in the water by 12:32 p.m., using 12-foot poles to try to find the vehicle in the large retention pond, said Capt. Mike Wilson, Columbus Fire Department spokesman.

Even with the poles, the first responders were unable to feel the bottom of the retention pond or locate the vehicle, and divers began swimming in a grid pattern to determine where the vehicle entered the pond and how far it traveled, Wilson said. Firefighters estimated the water could range in depth from 15- to 16-feet – Sweeney said the other retention pond across the road is at least 20-feet deep.

At 12:40 p.m., Columbus firefighters used a drag line hooked on a pole to find the vehicle, locating it at 12:42 p.m. when the drag line hit a solid object, Wilson said.

A tow truck with a winch then pulled the Jeep from the water with the one diver in the water and three divers above water to keep the vehicle stable as it was moved toward the edge of the pond. The Bartholomew County’s rescue airboat and another aluminum rescue boat were also used in the recovery.

Divers did another search underwater to make sure there were no other victims and determined only the driver was in the Jeep, Wilson said. Columbus firefighters used hydraulic equipment to pop open the Jeep’s door to remove the victim, Wilson said.

Carr Hill Road was closed and traffic was diverted in the area for about three hours.

The Salvation Army provided water and snacks to first responders at the scene.

The Bartholomew County Sheriff’s Department, several wrecker services and a Columbus Regional Hospital ambulance also were at the scene.