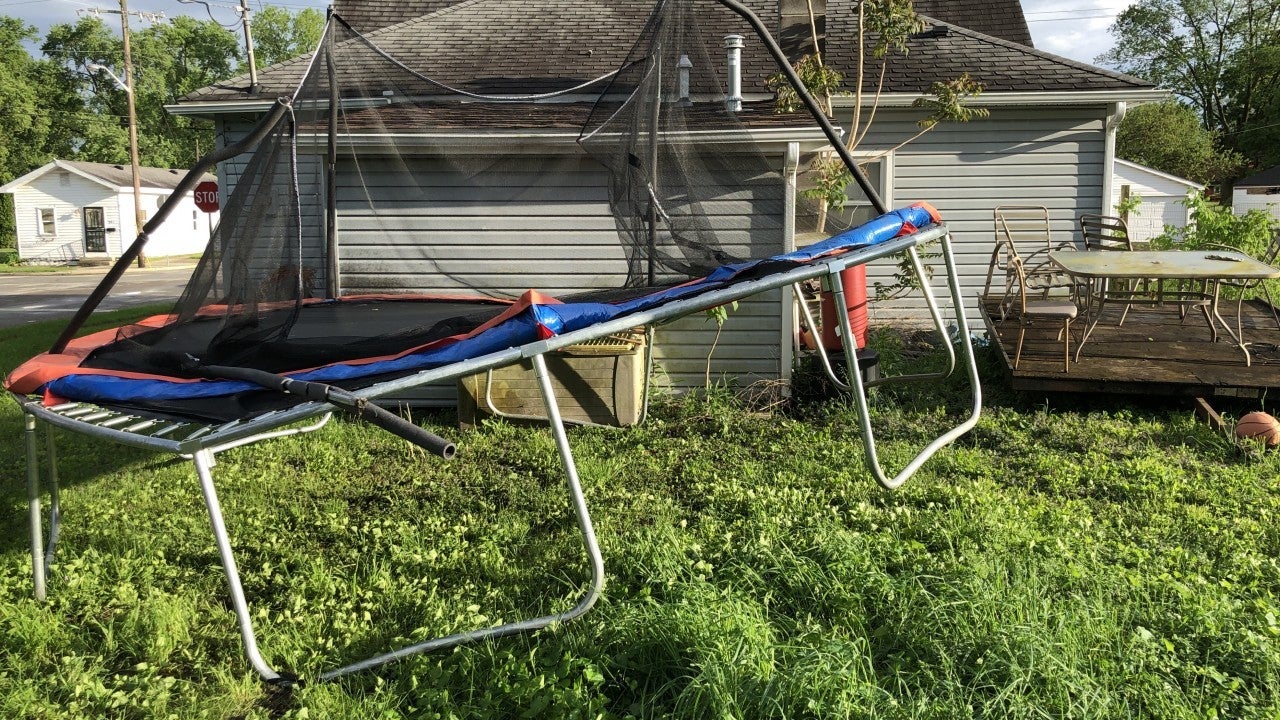 Angela Washington, a Kokomo resident, said Saturday’s storm destroyed her family’s trampoline — the second one they had lost to unpredictable Indiana weather.

“I was asleep in the house and all of a sudden I heard a noise: ‘Boom!'” she told News 8. “It actually sounded like it shook the house.”

She and her grandson ran outside and discovered the trampoline in their backyard, at the corner of Locke and Monroe streets, had blown into the roadway.

Powerful winds had twisted the metal base, torn the netting and broken at least one of the trampoline’s metal beams.

It came to rest steps from downed power lines, prompting Washington to call 911. Firefighters were dispatched to the 800 block of Monroe Street around 6:20 p.m. to assist. No injuries were reported.

“When I came here, the trampoline was all the way into the street,” said Shanna Dawson, Washington’s daughter. “It’s not even the first time this has happened.”

The family’s previous trampoline was blown across the street and into a nearby field by another storm, she told News 8.

It took four people to drag the damaged replacement model out of the roadway Saturday night and back into the yard.

It sat, slightly askew and folded in on itself, waiting to be replaced by the family’s third trampoline — or to be battered by another Indiana spring storm.