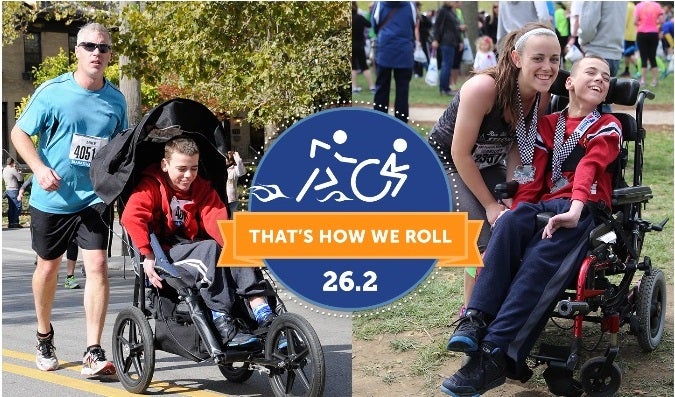 INDIANAPOLIS (WISH) — On Friday, kids played the last game of the Challengers’ season, a baseball league for kids with disabilities.

Daisy Esterline and her father Howard are grateful she could ride to the baseball game in their new wheelchair accessible van.

“We’re so excited,” Howard Esterline said. “She’s able to roll right up in it and she turns around and we strap her in and we’re on the go and it takes about a third of the time it used to.”

Now Daisy is hoping for the same experience for her teammate and friend, 14-year-old Jack McGee.

Jack has cerebral palsy as well.

Right now his mom brings him to games in her car and lifts him in and out of a car seat.

“His actual wheelchair is too big for my car so we have a collapsible, foldable one that’s not as supportive as his usual wheelchair,” Jack’s mother Katie Griffin said.

A wheelchair accessible van can cost upwards of $30,000 and is a cost his family can’t afford.

Griffin is hoping to win a van for Jack.

“Because it’s National Mobility Awareness Month, they’re giving away a free van to two or three people who get as many votes as possible,” she said.

Daisy has been a huge cheerleader for her friend in the competition.

“She’s encouraging everybody to take the time to vote for Jack every day,” Griffin said.

“And reminding people how costly this is to try to do by yourself,” Howard Esterline said.

Daisy’s father feels blessed to have raised public funding for their van and knows how important that would be to Jack’s family.

“Somebody has got to win and as far as I’m concerned, it ought to be Jack,” Howard Esterline said.

This contest ends on May 31 so it’s down to the wire now to get votes for Jack.

The organization hosting the contest is a non-profit organization called the National Mobility Equipment Dealers Association.The place to vote for Jack is on their website.