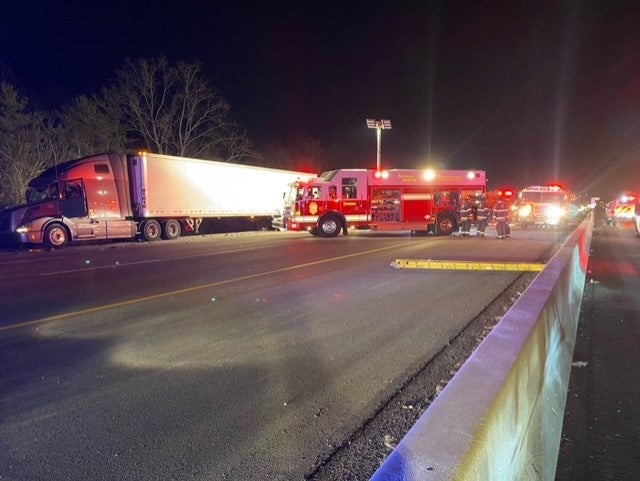 INDIANAPOLIS (WISH) — Two men died after an interstate crash on the city’s northwest side Thursday night.

According to Indiana State Police, authorities were called to the westbound lanes of I-465 near Michigan Road on the city’s northwest side Thursday just before midnight on reports of a crash.

Arriving emergency crews found a full-size cargo van had crashed into the back of a semi. Both the driver and passenger of the van were found unresponsive and trapped inside the van.

The passenger of the van, identified as Brenden Harper, 25, of Indianapolis, was pronounced dead at the scene. The driver of the van, Andrew Blackwell, 33, of Greenwood, was taken to a nearby hospital where he later died.

The driver of the semi, Raimundo Luis, of Miami, Florida, was treated and released at the scene.

Police say the semi was stopped on the right shoulder due to a mechanical issue at the time of the crash. The semi’s emergency lights were activated. Investigators say the cargo van was driven off the road and crashed into the back of the trailer.

Traffic was restricted in the westbound lanes of I-465 for four hours while investigators worked the scene. All lanes are now reopened.

An investigation into the fatal crash is ongoing.