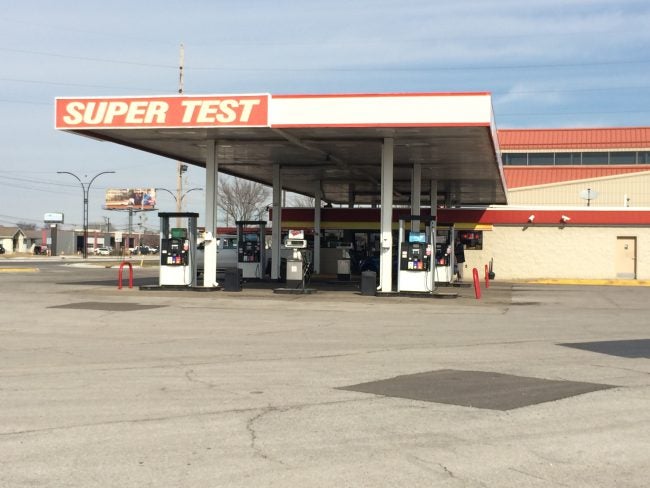 Hoosier Lottery told 24-Hour News 8 the winning ticket was purchased at the Super Test at 1609 Sagamore Parkway South in Lafayette.

“We have a lot of local people come to us, so we’re hoping that it’s a local person,” she said.

She’s worked here for seven years and has never seen a lottery result like this one.

“I’ve just been overwhelmed with emotions and happiness and just knowing that someone around here is a $400 million winner is just really exciting for our store, our company, our community,” she said.

Customers are happy about the winner being from Lafayette, but it seems like many people missed out on playing the game last night.

“I wish I would have bought it,” customer, Jamal Bolar said, “I had just come in the store the other night and didn’t think about buying one.”

But as Hoosier Lottery Executive Director Sarah Taylor found out, someone did play and won big time.

“Hoosier Lottery players love Powerball and so to think we got another jackpot winner especially after the Megamillions winner in July is just awesome,” she said.

Bolar won’t get to make that choice this time, but he’s still buying tickets with hopes for future drawings.

The local gas station ownership will received $100,000 from Hoosier Lottery for selling the winning ticket.

They told 24-Hour News 8 they plan to reinvest the money into the community.

CHECK YOUR TICKETS! The winning $435M #Powerball jackpot is from Indiana. Details starting at 4am on #Daybreak8 pic.twitter.com/HzZyDsXPCi– WISH-TV (@WISH_TV) February 23, 2017

This was the 10th largest jackpot in the lottery’s history.

The grand prize is now down to $40 million.