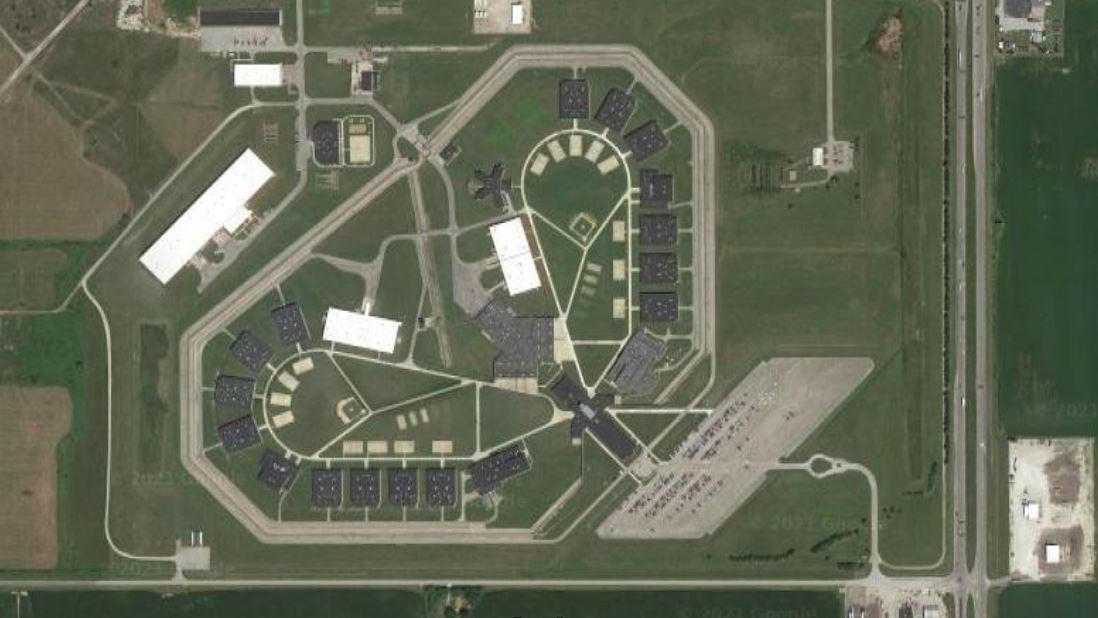 BUNKER HILL, Ind. (WISH) — Lawsuits filed against a central Indiana prison claim men were held in pitch-black isolation units for all but one hour a day, leading to injuries from dangling electrical wires, broken glass and windows, and extreme cold.

One prisoner, Gerald Reed, 50, was injured when a 100-pound light fixture fell and struck him in the head, his lawsuit alleges.

The American Civil Liberties Union of Indiana filed lawsuits on behalf of the six men currently at Miami Correctional Facility. That’s located about 50 miles north of Indianapolis off U.S. 31. The prison is adjacent to the U.S. Grissom Air Reserve Base.

The other five prisoners filing lawsuits are William H. Anderson, 34; Charles Lyons, 31; Anthony Parish, 31; Jeremy Blanchard, 41; and Jeffrey W. Wagner, 37. Their lawsuits allege “prison officials were aware of these inhumane and decrepit conditions, and yet failed to repair these hazards or mitigate the harms they were causing,” said a news release on the ACLU’s website.

According to copies of the lawsuits on the website, all but Blachard’s lawsuit were filed July 1. Blachard’s was filed March 5.

According to prison records:

“The Eighth Amendment requires that incarcerated people must receive the minimal civilized measures of life’s necessities — a baseline standard that officials at Miami Correctional Facility are consistently failing to meet. The horrifying stories emerging from Miami Correctional Facility’s isolation unit shock the conscience and violate the Constitution. In case after case, prison officials subjected these men to brutal conditions no human being should ever experience – knowing full well the pain and trauma they were inflicting. Imagine being trapped in a small dark room where you were subject to being shocked by live electrical wires every time you attempted to move – we wouldn’t tolerate animals being held in such horrifying conditions, how can we tolerate them for people? ”

Kenneth J. Falk, legal director of the ACLU of Indiana

This article was corrected to show William H. Anderson was sentenced in August 2012, not August 2021.