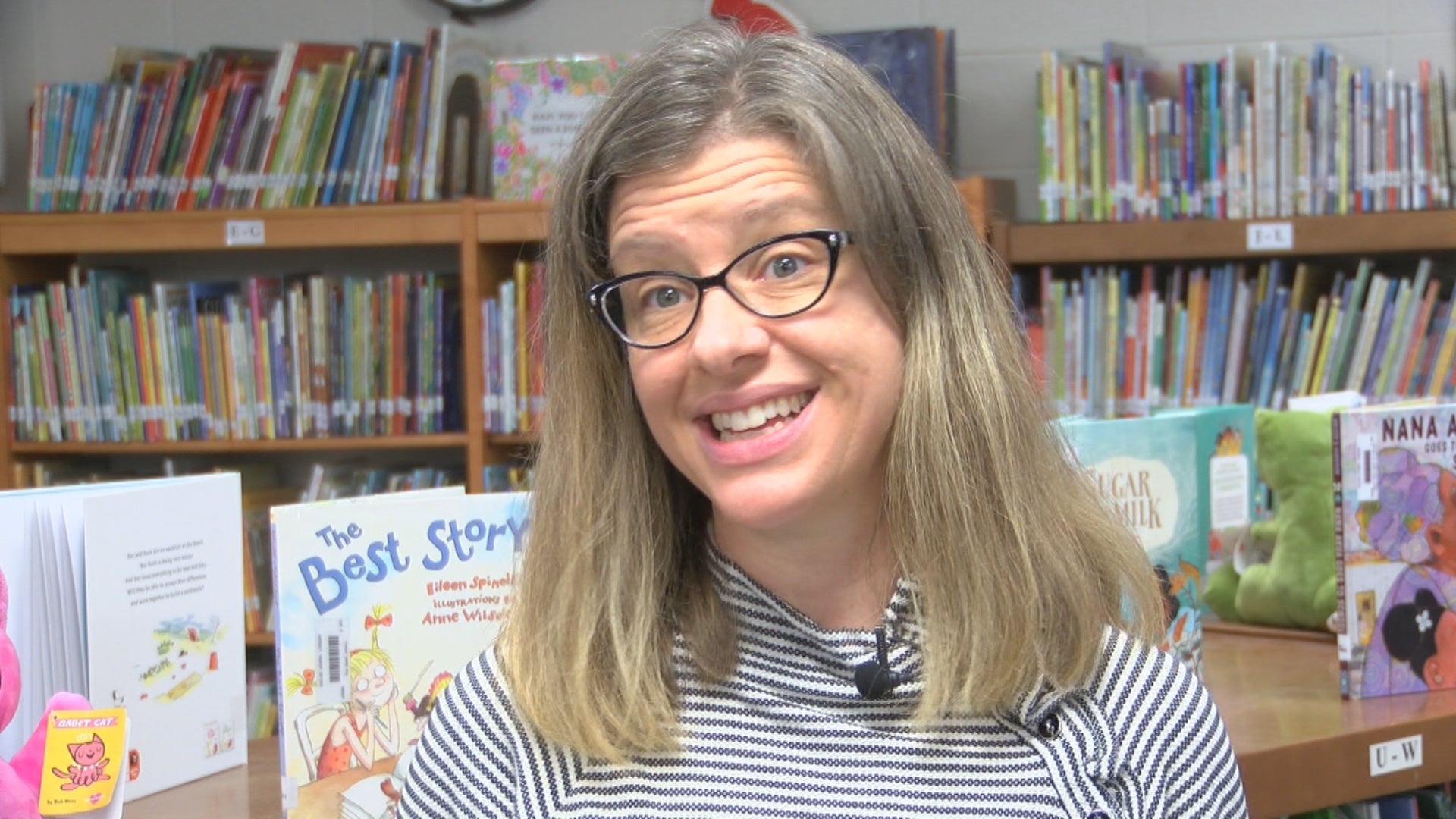 BLOOMINGTON, Ind. (WISH) — A Childs Elementary School librarian is getting national recognition for her work with students, helping shine a light on the conflict between Ukraine and Russia.

Julie Marie Frye says this work is about teaching students how to be global citizens. So, when the war between Ukrainian and Russia began, students started asking questions.
Rather than shy away from it, they faced it. So, the honor belongs to the school.

Just like most the rest of the world, the children at Child’s elementary school had questions about the conflict happening between Ukraine and Russia. And while it may seem like a heavy topic. Frye says the students proved it’s worth talking about.

Wanting to do more than talk, she and the students created an inquiry space. Showing them what is happening from a different perspective while answering burning questions.

“I was also trying to present a balance perspective, because some of our students are from Russia,” Frye said.

From there, it blossomed into a peaceful garden.

The school eventually shipped off the items to sister schools for Ukrainian students now living in Poland.

“They started making these wonderful things, and we thought OK we have to do something with this,” she said.

Someone nominated the work for an American Library Association “I Love My Librarian” award. Frye and nine others around the country were selected. And Frye will bring the school back a $5,000 prize.

“We were just thinking what are some things that we are feeling that we want to take action on in the world that could make a difference,” she said.

Frye says this was a learning experience for children but also adults. And the work continues as the situation is not over.

All Indiana Bets / 18 mins ago