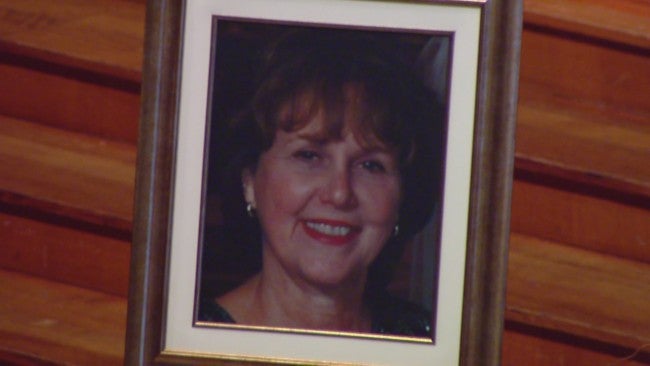 INDIANAPOLIS (WISH) — Hundreds gathered Saturday to honor the life of Susan Jordan, the Amy Beverland Elementary School principal who died while saving her students. During the service, there was an ongoing theme; faith, family, friends, and of course, her students.

Jordan was a dedicated mother, sister, educator and loved people with all of her heart.

Jordan’s mark on the community was evident. More than 1,000 people filled the pews at St Luke’s United Methodist Church, where Jordan was a member. Faith was central in her life.

“I want you to know what I know, and that is, Susan and I are sisters in Christ. Because of that, I’m not saying goodbye to her. I’m saying, ‘See you in Heaven,'” said friend and colleague Dr. Susan Hintz.

Jordan had been at Amy Beverland for 22 years. She is only the second principal in the school’s history. Many describe her as a legend in the school district and the community. Jordan sacrificed her own life to push students out of the way of a moving school bus.

“I believe if Susan Jordan were here right now, she would want to say to one particular bus driver, ‘It was an accident and I love you,'” said St Luke’s United Methodist Church Rev. Rob Fuquay.

Also in attendance was one of the 10-year-olds who was injured in the incident. The little girl sat near the front in a wheel chair with her leg in a wrap.

Indianapolis Mayor Joe Hogsett says it wasn’t Tuesday’s accident that made Jordan a hero. “She had been a hero long before Tuesday. She was a hero because she dedicated her life to you,” he said.

A hero, a legend, a woman who will not be forgotten. Jankowski closed with a fitting quote from an unknown author.

“‘A hundred years from now, it will not matter what my bank account was, the sort of house I lived in or the kind of car I drove. But the world may be different because I was important in the life of a child.’ And she was so important to so many children.”

Jordan leaves behind two daughters, four grandchildren and four brothers. She will buried on Sunday in Henderson, Kentucky.