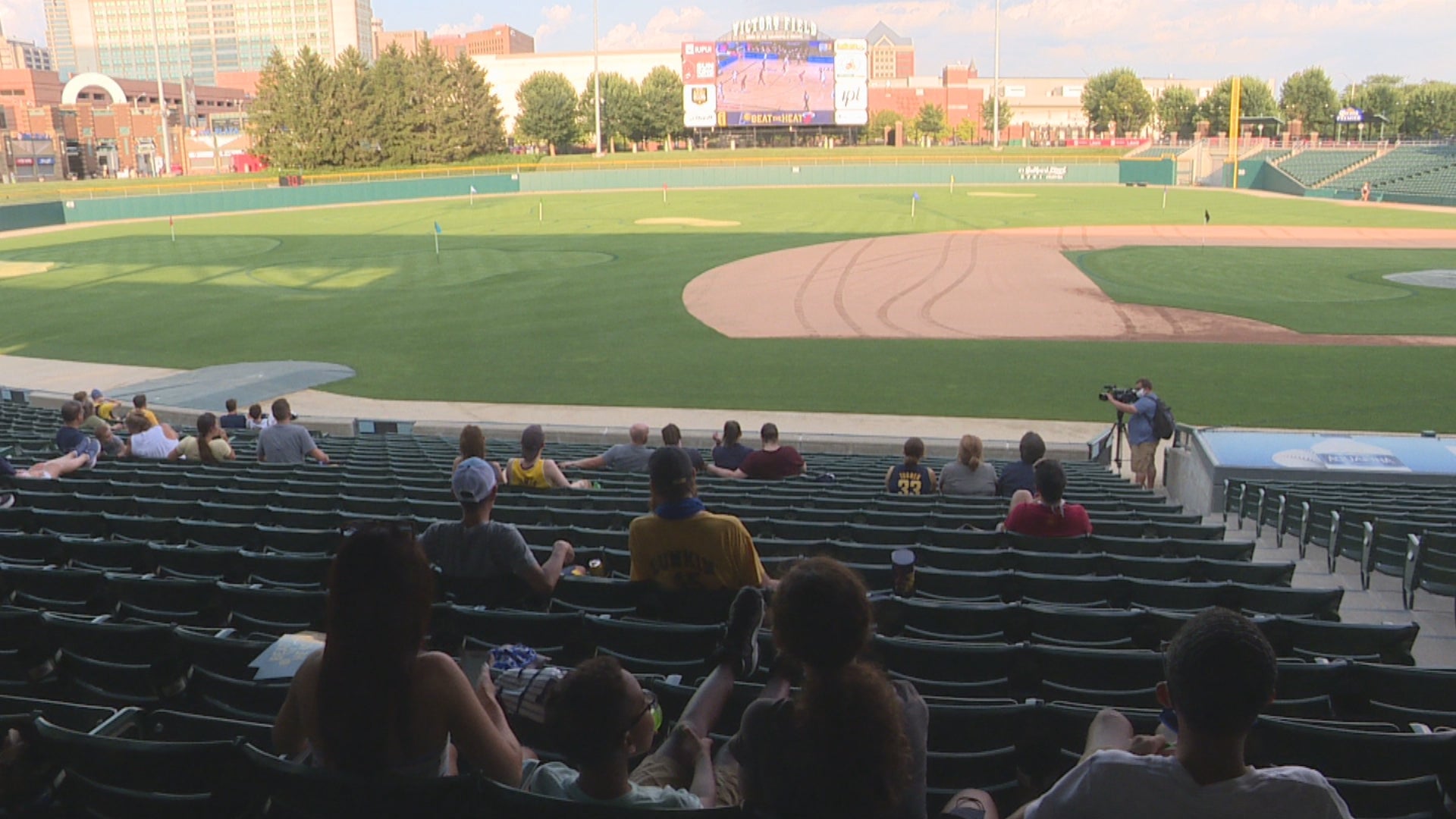 INDIANAPOLIS (WISH) — Sports fans were forced to get creative during the coronavirus pandemic.

Basketball fans gathered Monday night at a baseball diamond to cheer on Pacers, all for a good cause. The Indianapolis Indians opened up Victory Field and turned on the scoreboard screen for a Pacers watch party for Game 4 of the first round of the NBA playoffs.

It was all done in a socially responsible way with the pandemic.

It’s probably the first time everyone at Victory Field had watched a basketball game from a baseball field, but for Lisa Eckleman and other Pacers fans, the effort was certainly worth it.

“I miss not being in the stands,” she said.

Eckleman was a few blocks away from her usual Pacers home game location at Bankers Life Fieldhouse, but she didn’t want to miss it so she came alone with her young grandkids, who might distract her.

“It is so I can really focus on the game,” she said and laughed. “When I have to go by myself, I feel like I’m with my friends because we all have the Pacers in common.”

More than 400 people came for the sights and the sounds of the game. One day after an Indianapolis 500 without fans, it seems like this city has now seen everything.

“First-time ever,” fan Barb Weimer said. “This is a great way to come, get out and see some sports.”

Weimer came with her daughter and her sister, the one who convinced her to become an usher at Pacer games this year before they were both laid off this spring.

“We did it because we just love watching the games and thought that would be a great thing and it ended up great,” Weimer said.

The watch party came together in just days, a partnership between the Indians who take home the money from the concessions and the Indiana Sports Corp that is putting all proceeds from ticket sales toward its youth programs, which have been hit hard by the pandemic.

Temperatures were taken at the entrance. Masks were required when roaming around. No cash transactions were allowed. Families were placed in seats with plenty of distance between each other.

The Marion County Department of Public Health approved all plans.

“At the end of the day, Pacers fans are sports fans,” said Brett Kramer, director of public relations for Indiana Sports Corp. “If you’re a sports fan, you love baseball, you love the ballpark. Getting to watch it outside, that’s unique and that’s fun especially since it’s the playoffs. That can make the experience even better for them.”

With Pacemates, the Pacers High Octane Drumline and Pacers mascot Boomer, the in-game experience seemed familiar to Pacers fans. But Monday night, they were 400 feet and an outfield fence away from the action on the big screen.

“It’s fun,” Eckleman said. “It’s close enough, especially with all the other fans around.”

The fan total was 426, with tickets sold out in the upper-deck Club Level seats.