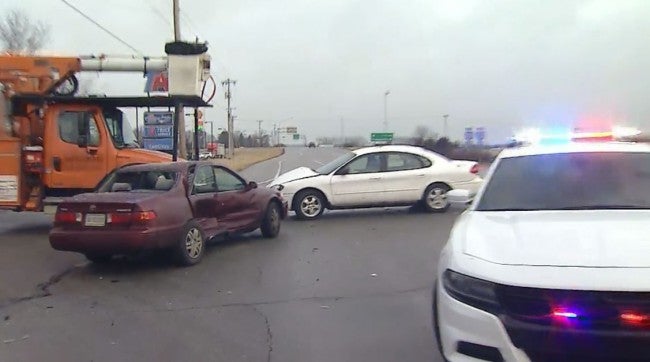 A medical helicopter was first called to the scene. Police say the man was transported to a local hospital in serious condition.

It’s unclear if the individuals in the vehicle were hurt.