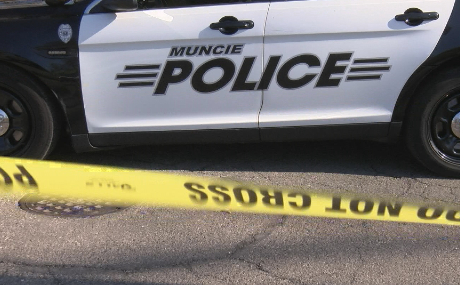 INDIANAPOLIS (WISH) – It has been a deadly month in Muncie. On February 5,  Joseph Johnson, 38,  was shot multiple times in the 1500 block of South Pershing Drive. In the same week, police found the body of 20-year-old Zackary Farmer near a car in the 800 block of West Main Street. Then on Valentines Day, a neighbor discovered the body of Jeffery Brown,39, in a field in a rural part of Delaware County.

On Friday, the Delaware County Prosecutor announced charges against Alonzo Williams for the murder of Brown. According to court documents, investigators believe Williams killed Brown in retaliation for the murder of Joseph Johnson.

“We need a lot of help from the community as a whole,” said Marwin Strong, a Muncie resident.

“When I called him I said I need you man, I was sincere in that,” said Strong.

Rev. Harrison accepted the call for help. On Monday, Ten Point and some of its group’s members will travel to Muncie. Once there members of the crime fighting group will meet with residents in the community. Harrison adds Ten Point will show residents how to patrol their neighborhood, and how to identify people in the community who can aid with the crime fighting campaign.

In 2016, residents in the City of Louisville invited Ten Point’s suggestions on how to tackle a rise in homicides the city recently experienced. Strong added he reached out to Ten Point after learning how the group has decreased murders and criminal activity in several of the group’s focused neighbors in Indianapolis. Strong also will learn how Harrison encourages residents to get involved in the crime fighting process.

“It makes you feel good that the work you are doing contributes to reducing violence,” said Harrison. ” We are excited that we are going to help our brothers and sisters in Muncie.”

Harrison says Ten Point will offer the Muncie residents a template, and support, while the Strong tries to establish his own group.