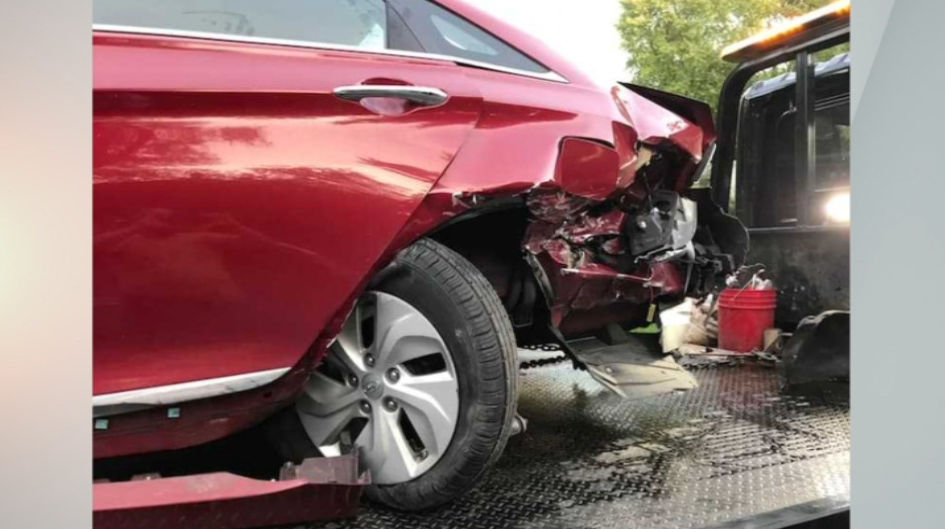 The first accident, on Aug. 26, involved an unidentified driver in a black truck. The vehicle struck and injured a woman on a bicycle near 38th Street and Winthrop Avenue, west of the Monon Trail, according to police reports.

The victim, Karen Metsker, is expected to recover from her injuries, the Meridian-Kessler Neighborhood Association said.

The following week, between 3 and 5 a.m. on Sept. 2, an unidentified driver in a white sedan hit two parked cars near the intersection of Central Avenue and 41st Street.

The suspect’s vehicle resembles a Chevrolet “Lumina,” and had visible damage in front and on the passenger side, according to neighborhood association leaders. It was seen traveling eastbound on 40th Street following the accident.

Photos reveal extensive damage to the back bumper and wheel of one car struck by the white sedan.

“We are looking for any details that someone may have to help find who caused this damage,” said Chelsea Margburger, executive director of the Meridian-Kessler Neighborhood Association. “We’re thankful that no one was injured, to our current knowledge, in the incident but certainly want to find who’s responsible.”

Information can be shared anonymously with authorities by calling Crime Stoppers at (317) 262-TIPS.