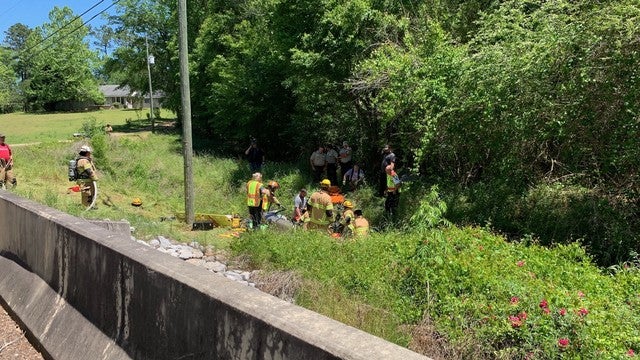 DOTHAN, Ala. (WDHN/WISH) — A woman reported Saturday to be missing was found alive Monday inside a wrecked car after being there for days, according to police.

The car was found about 12:30 p.m. Monday in a ditch off of a county road at a bridge south of Dothan.

Robin Joyce Fancher had last seen leaving Greentree Apartments in Headland, Alabama, to go to the post office. During her absence, she was believed to be in the Rehobeth area.

Alabama State Troopers said the crash was not easily visible from the county road.

Fancher, who was entrapped in the car, was taken to a local hospital for treatment of injuries, which were not described by troopers in a news release.