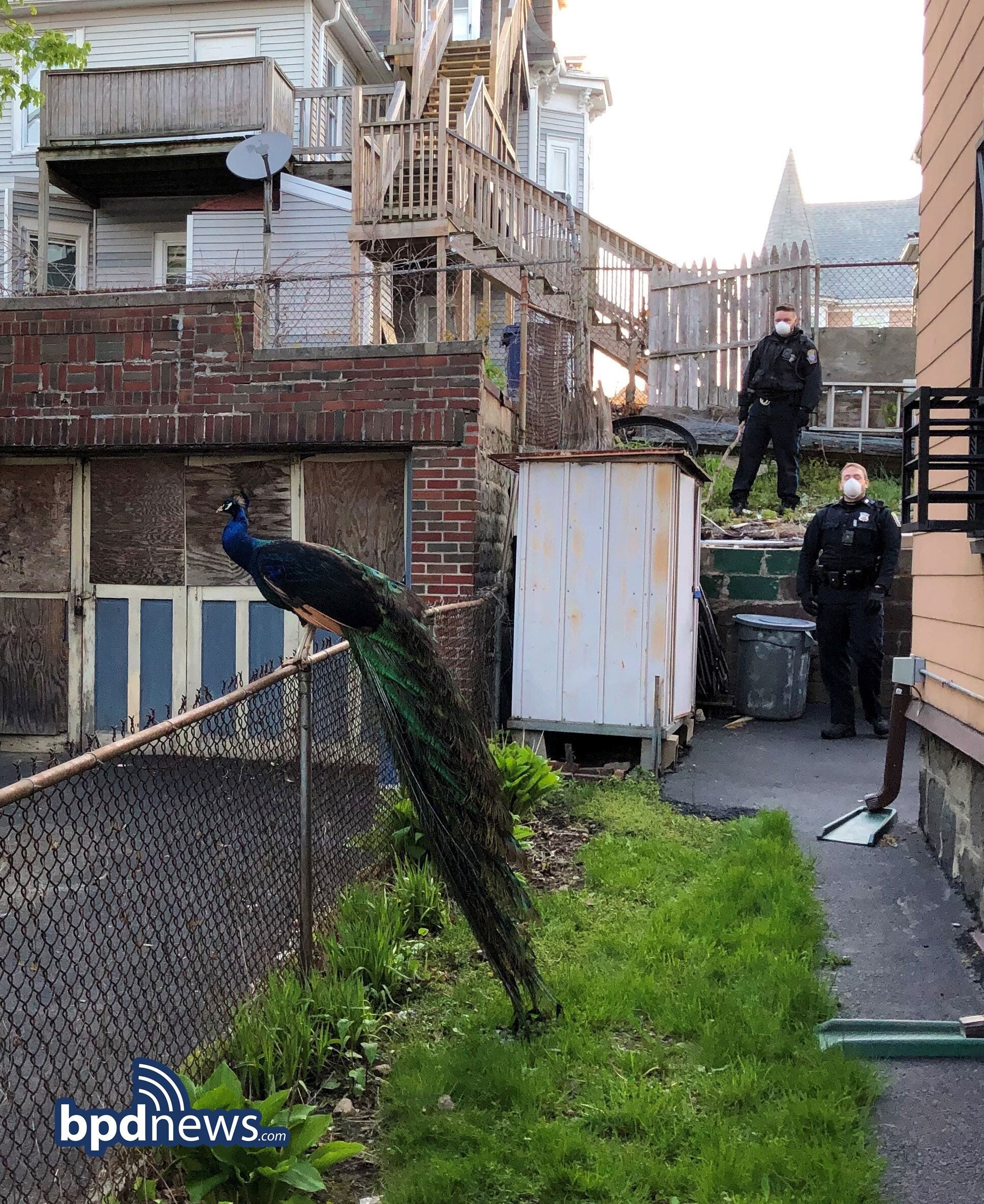 (CNN) — The Franklin Park Zoo in Boston welcomed back an escaped peacock thanks to the quick thinking of a Boston police officer.

Officers patrolling in the Roxbury area early Monday were approached by a person who said an animal may have escaped from the zoo.

They “were met by an extremely large, slightly intimidating, and quite beautiful, male peacock,” police said.

The peacock’s name is Snowbank, and he is one of four peacocks kept at the zoo.

“The peacocks at Franklin Park Zoo are free-roaming, and while they typically wander throughout the Zoo, it is currently mating season, and it’s possible he ventured out looking for love in search of a peahen (female peacock),” a spokeswoman for the zoo told CNN.

One officer found a peacock mating call on his phone and lured the bird to a fenced-in yard before Boston Animal Control arrived to escort Snowbank safely back to the zoo.

“Upon learning of the peacock’s adventure, our animal care team at the Zoo worked quickly with the Boston Police Department and Animal Control to recover the peacock, and we’re happy to report he is now back at the zoo and doing well,” the spokeswoman said.

“We appreciate everyone’s help in bringing him back home, and we look forward to welcoming guests back to the zoo to see these beautiful birds in person soon.”

Snowbank has been at the Franklin Park Zoo since 2013.