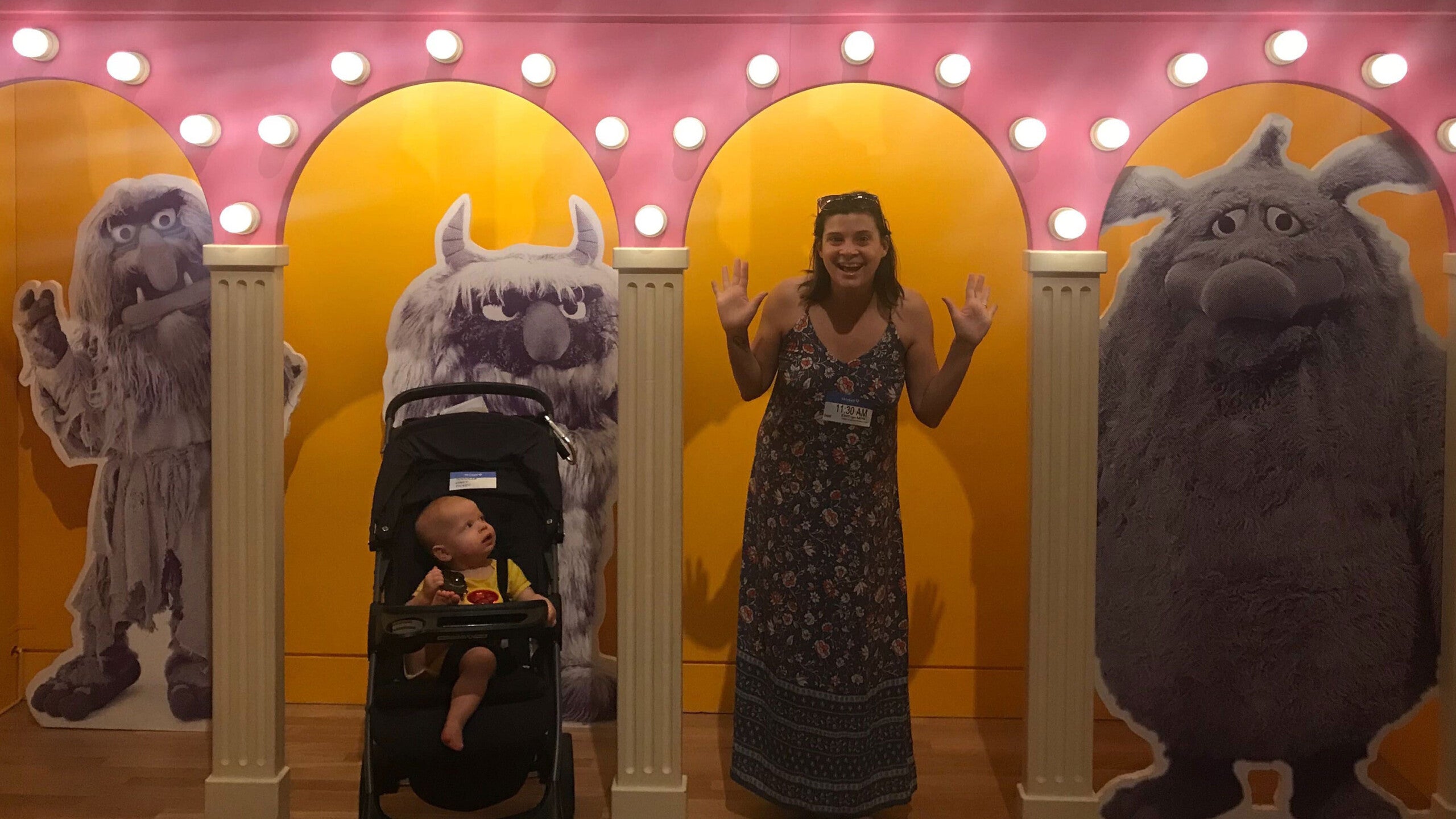 (CNN) — Growing up with “Sesame Street” in the early 1980s, I found pieces of myself in Cookie Monster’s sweet tooth, Big Bird’s gentleness and in Grover, who was outgoing and always willing to help others, even though he made a lot of hilarious mistakes.

There was even a lady named Maria who was Puerto Rican, just like my family. Maria (played by actress Sonia Manzano) looked and sounded like one of my aunts. I wanted to be a flower girl when she married Luis on “Sesame Street.”

And then along came the movies, which sealed my lifelong obsession with Jim Henson’s Muppets.

Seeing “The Muppets Take Manhattan” when I was 7 changed my life. Just like the characters, I studied theater in college, moved to the Big Apple to make my dreams come true and even started doing stand-up comedy, just like my hero, Fozzie Bear.

Friendship. Perseverance. Hope. The Muppets helped me get through the lean times and sang along with me when I celebrated any small victories. I didn’t know that these amazing characters would prepare me to raise my own child during the rough times we’d face over the past few months.

A deep dive into the Muppets

In my 30s, I took my love of all things Muppet-related to academia. In graduate school, I studied the informal learning that happens for young children when exposed to Muppet movies and other media created strictly for entertainment.

I found that kids as young as 3 years old were able to recognize and categorize positive and negative characters, behaviors and situations.

Young kids also learned language while being entertained by these movies and television programs, especially when watching with a parent or other close adult. The children immediately picked up new words, when placed in context, and learned more complicated words and ideas by asking the adult watching along, “What does that mean?”

There is much more beneath the surface of “Sesame Street”‘s curriculum-based programming, too. My friends on “the street” taught me my ABCs and 123s, of course. But I also learned about helping others, community and what to do with all of the big feelings that took over my little body. These lessons carried with me throughout my life and shaped my relationships with others.

I was 18 years old when my grandmother, who was the heart of my family, died. I remember my younger cousin, who was about 7 years old, struggling to understand and cope with her passing. The well-meaning adults, lost in their own grief, used flowery language — “she’s resting in peace,” “she’s passed on,” “she’s gone.”

As tears streamed down his face, my cousin called out for her and wanted to see her again. I tried to help him understand the permanence of the situation. It didn’t even occur to me at the time that I was using the same language the grown-ups on “Sesame Street” had used to help Big Bird and 6-year-old me understand Mr. Hooper’s death.

Helping me parent in a pandemic

I had no idea how valuable these lessons of kindness, honesty and emotional intelligence would become once I became a parent.

Back in March, a week after my son’s third birthday party, I picked him up from preschool. We stopped at the local grocery store — where everyone knows him by name — and went home.

We didn’t realize that would be the last time my kiddo saw anybody beside his parents for six months — and counting. Like so many American families, when we first began our stay-at-home safety measures, we really thought it was only going to be for a couple of weeks. A month, tops.

My son is a tiny empath. One time, I told him that his swim class had been canceled because his instructor was sick. Instead of being upset that he had to miss his swim lesson, my son cried with worry over his teacher’s mystery ailment. “Oh no! What’s wrong with Mr. D? Will he be OK?”

That’s why, when faced with a global pandemic, my husband and I chose not to ring the alarm bells right away. We told our son that it was just time for everyone to stay at home and spend time with their families for a while, like a little vacation. That seemed to satisfy him.

As I grew anxious about the situation at hand, I turned to “The Muppets Take Manhattan” and channeled Dr. Teeth and the lyrics from “You Can’t Take No for an Answer:”

“Whatcha gonna do when the dimes get tough

And the world’s treating you unkind?

You gotta hang on to your optimistic outlook

And keep possession of your positive state of mind”

Our family took walks, read stories and made beautiful messes, but it wasn’t easy. As more time passed, it was becoming harder to juggle entertaining a toddler and keeping up with our work commitments.

There are big germs out there

As it became clear that we were in this for the long haul, things in our home got a little looser. Rules and structure took a backseat to safety and comfort. And my son started asking more questions.

It was time to change the language we were using.

When we potty-trained my son, we talked a lot about hand-washing and germs. So I knew I had a familiar place to start the conversation. We talked about the time he got a runny nose at school because his friend had a runny nose, how he had a fever and how we had to go to the doctor.

I told him that there are some big germs out there, and if we get together with lots of friends, it might make us all not feel well. I was honest without scaring him with the gravity of Covid-19. He took it in stride and then said, “OK. You wanna make some animals with my Play-Doh?”

Sure, maybe I left out the fact that some of his friends are, in fact, back at school. I’m heartbroken about everything he’s missing out on. Every family has difficult choices to make — and there is no one correct answer.

I’m not a parenting expert. I’m just a working mom doing the best I can to keep “sweeping the clouds away” for my boy. Sometimes, he has a question I can’t answer. Instead of making something up — even toddlers can smell baloney a mile away — I’ll say “I don’t know. Let’s try to figure it out together.” It’s what Kermit would do.

That’s been the mantra sung at the end of every episode of “Sesame Street” since 2016, and it’s something I try to take to heart every day. Not just as a parent but as a person living on this planet in 2020.

Last night, my kid went to bed happy, healthy and safe. To quote his favorite Cookie Monster song, that’s “good enough for me.”