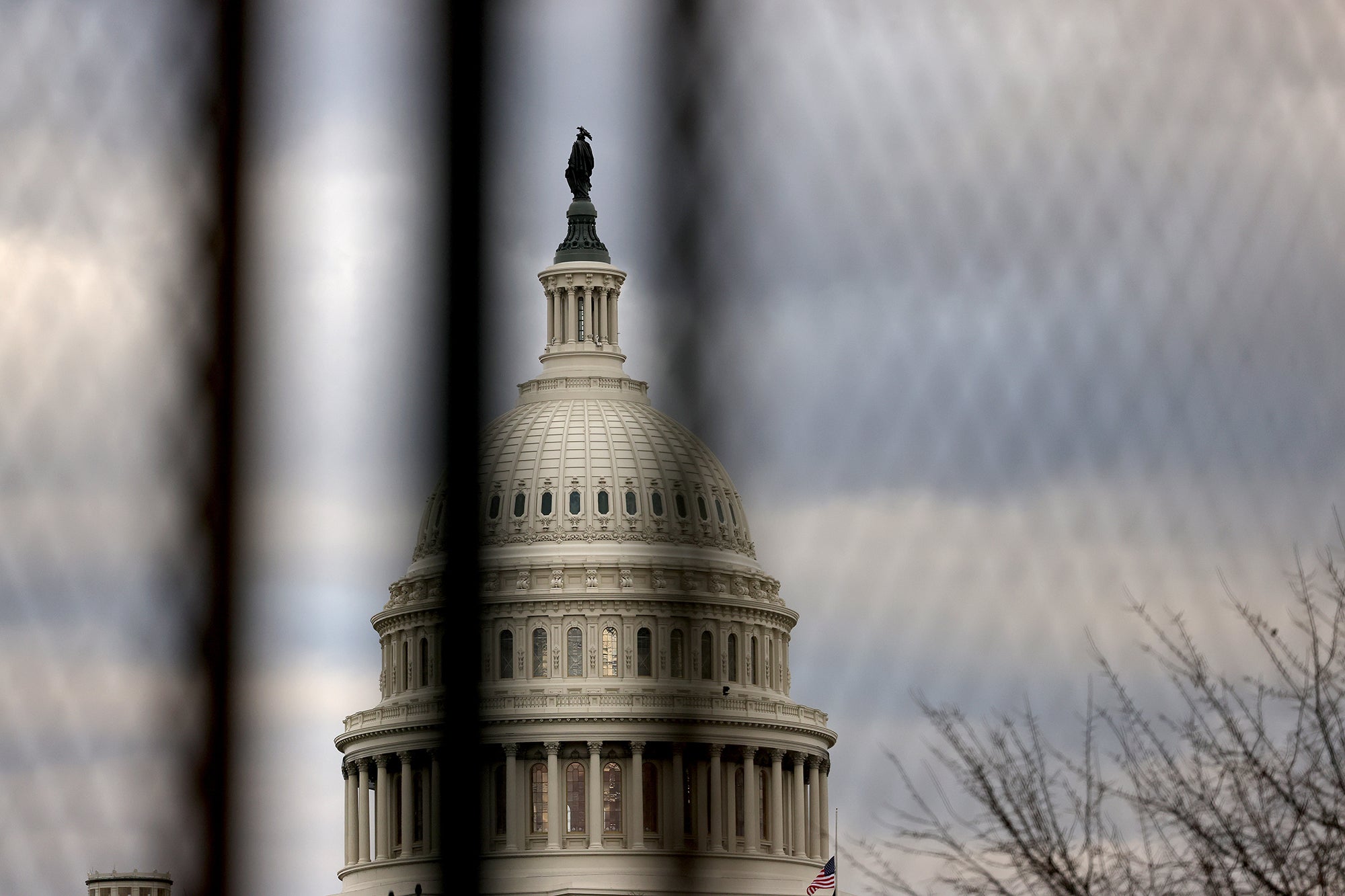 WASHINGTON, DC - JANUARY 17: The U.S. Capitol dome is seen beyond a security fence on January 17, 2021 in Washington, DC. After last week's riots at the U.S. Capitol Building, the FBI has warned of additional threats in the nation's capital and in all 50 states. According to reports, as many as 25,000 National Guard soldiers will be guarding the city as preparations are made for the inauguration of Joe Biden as the 46th U.S. President. (Photo by Michael M. Santiago/Getty Images via CNN)
by: Christina Carrega, CNN
Posted: Jan 28, 2021 / 12:19 PM EST / Updated: Jan 28, 2021 / 12:20 PM EST

(CNN) — US Capitol Police on Wednesday afternoon arrested a West Virginia man who was armed with a handgun and 20 rounds of ammunition outside the American Veterans Disabled for Life Memorial, which is near the US Capitol, a spokesperson from the Metropolitan Police Department said.

A Capitol Police officer made contact with the unidentified man when he was seen parked in the middle of the intersection near the US Capitol, according to a police report from the Metropolitan Police Department.

He was taken into custody for having a black .9mm Sig Sauer handgun and the ammunition, the report said.

The arrest comes weeks after hundreds of rioters stormed the US Capitol in an attempt to stop the Senate’s confirmation of President Joe Biden. Five people, including a police officer were killed. Security was tightened throughout DC after the January 6 insurrection and continued through last week’s presidential inauguration.

Capitol Police said the man was 71 years old and was charged with carrying a pistol without a license, possession of unregistered ammunition and unlawful possession of a firearm. He was arrested after a Capitol Police officer noticed him parallel parked in the middle of the intersection of Second Street and Washington Avenue SW, they said in a statement.

The officer asked the man if there was a gun in the vehicle, to which he said one was in the center console, police said.