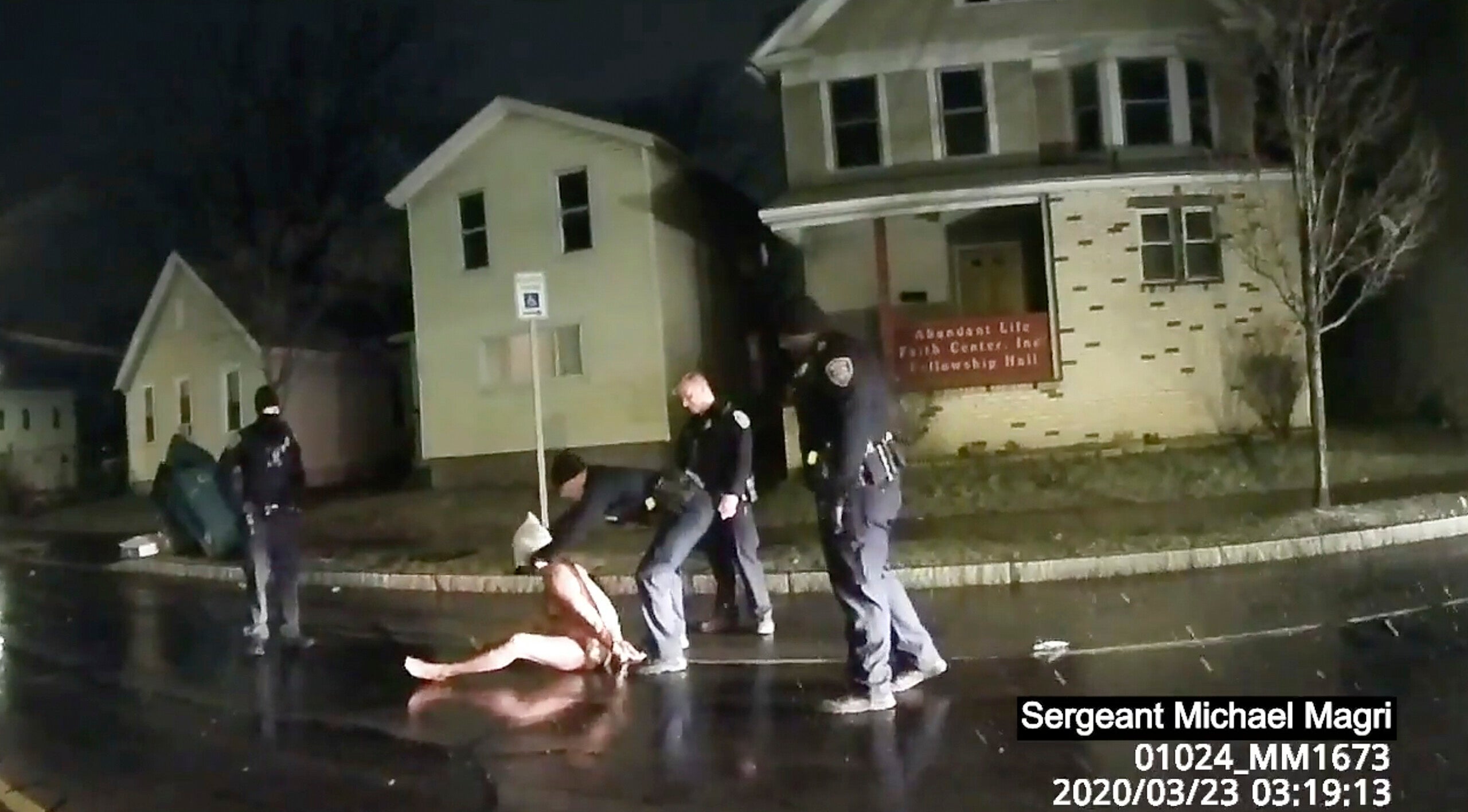 In this image taken from police body camera video provided by Roth and Roth LLP, a Rochester police officer puts a hood over the head of Daniel Prude, on March 23, 2020, in Rochester, N.Y. Video of Prude, a Black man who had run naked through the streets of the western New York city, died of asphyxiation after a group of police officers put a hood over his head, then pressed his face into the pavement for two minutes, according to video and records released Wednesday, Sept. 2, 2020, by his family. Prude died March 30 after he was taken off life support, seven days after the encounter with police in Rochester. (Rochester Police via Roth and Roth LLP via AP)
by: Associated Press
Posted: Sep 7, 2020 / 03:30 PM EST / Updated: Sep 7, 2020 / 03:30 PM EST

ROCHESTER, N.Y. (AP) — Some protesters demonstrated outside Rochester’s police headquarters naked except for “spit hoods” in reference to the killing of Daniel Prude.

Local news outlets reported the demonstrators sat silently Monday morning with their hands behind them outside the city Public Safety Building. Some of the protesters wore their underwear.

Prude, a 41-year-old Black man, died in March after police found him running naked through the street, put a hood over his head to stop him from spitting, then held him down for about two minutes until he stopped breathing.

Protesters are demanding police accountability and legislation to change how authorities respond to mental health emergencies.