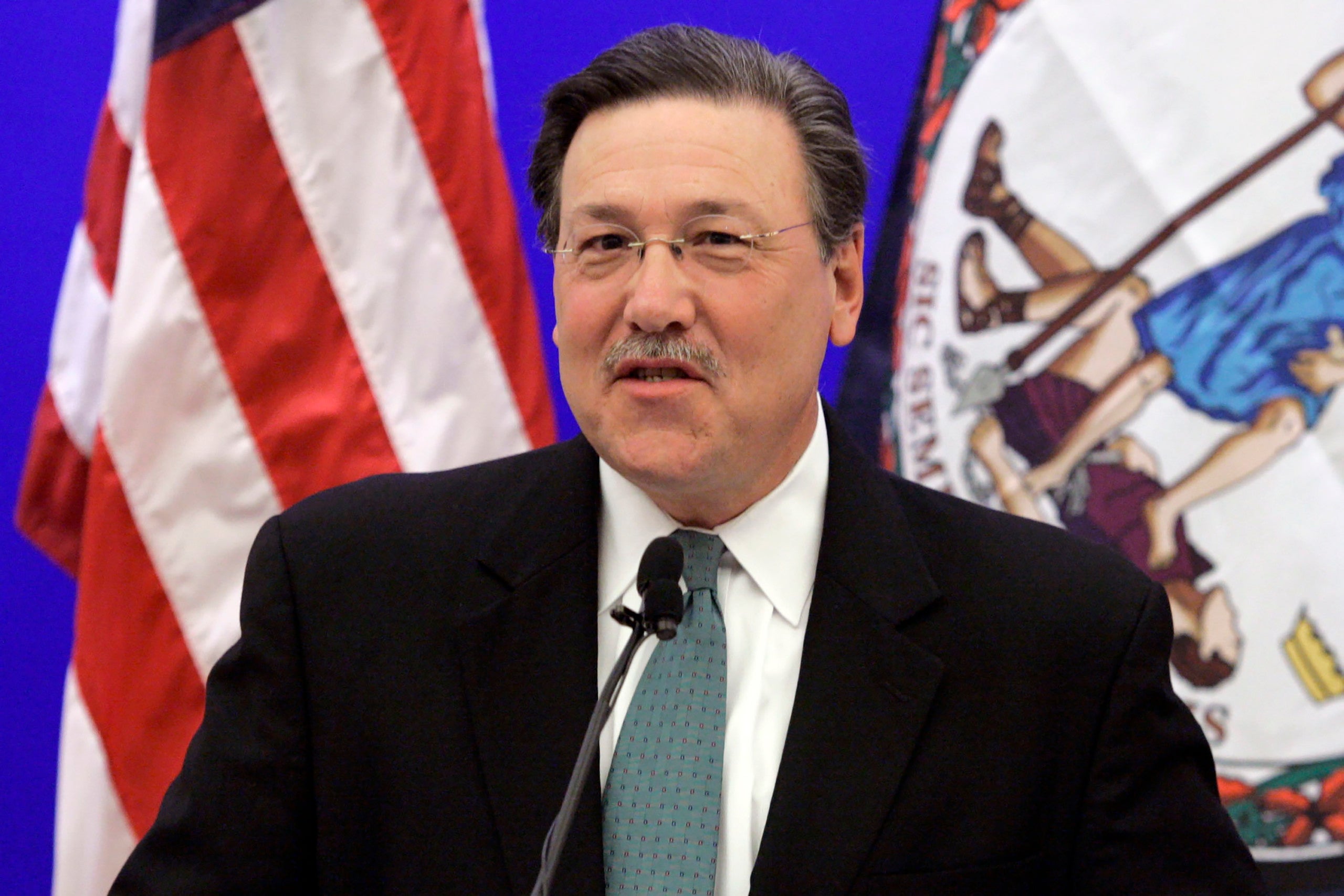 FILE - In this Jan. 6, 2010, file photo, then-Secretary of Natural Resources-designate Doug Domenech speaks during a news conference in Richmond, Va. A senior Trump administration official misused his office for private gain by capitalizing on his government connections to help get a family member hired at the Environmental Protection Agency, investigators said. The Interior Department's Inspector General found that Assistant Interior Secretary Douglas Domenech reached out to a senior EPA official in person and later by email in 2017 to advocate for the unnamed relative when that person was seeking a job at the agency. (AP Photo/Steve Helber, File)
by: MATTHEW BROWN Associated Press
Posted: May 29, 2020 / 10:29 AM EST / Updated: May 29, 2020 / 10:29 AM EST

BILLINGS, Mont. (AP) — A senior Trump administration official misused his office for private gain by capitalizing on his government connections to help get a family member hired at the Environmental Protection Agency, investigators said in a report obtained by The Associated Press.

The Interior Department’s Inspector General found that Assistant Interior Secretary Douglas Domenech reached out to a senior EPA official in person and later by email in 2017 to advocate for Domenech’s son-in-law when he was seeking a job at the agency.

Investigators said Domenech also appeared to misuse his position to promote a second family member’s wedding-related business to the same EPA official, who was engaged at the time.

The AP obtained the report detailing the investigation in advance of its public release.

It’s the second finding of ethical violations in six months against Domenech, the agency’s assistant secretary for insular and international affairs. Investigators in December found that he broke federal ethics rules by twice meeting with his former employer, a conservative Texas-based policy group, to discuss legal disputes between the group and the agency.

The contacts between Domenech and the EPA official began at a concert at Wolf Trap National Park for the Performing Arts in Virginia in the fall of 2017. Domenech, three family members and the senior EPA official had received free tickets through the office of then-Interior Secretary Ryan Zinke, the report said.

While there, Domenech “used his position to gain access to the EPA senior official when he believed (his son-in-law) could not,” the report said.

Domenech told investigators that one of the emails he sent to the EPA official to follow up on the meeting at Wolf Trap was a “courtesy” to move the process along.

Investigators for Inspector General Mark Greenblatt concluded Domenech’s actions were specifically aimed at getting his son-in-law hired, the report said.

The son-in-law was not named or otherwise identified in the report, but two persons familiar with the matter who were not authorized to speak about it publicly identified his relation to Domenech.

No criminal violations were found, according to the report. Interior spokesman Nicholas Goodwin said Domenech was required to undergo additional ethics training as a result of the findings. No further action was taken and the matter is considered resolved, he said.

“The underlying events regarding Mr. Domenech occurred in 2017 before the Department initiated an unprecedented effort to invest in building a culture of ethical compliance and dramatically expanding the Department of the Interior’s Ethics Office Program, which has resulted in tripling the number of career ethics officials within the Department,” Goodwin said.

Domenech did not respond to an emailed request for comment.

“Firing Mr. Domenech is the only serious course of action at this point – another round of ethics training is clearly just a waste of time, since it hasn’t sunk in by now,” Grijalva said in a statement.

Domenech, who worked in the Interior Department under former President George W. Bush, went through two rounds of ethics training when he first joined the Trump administration as a senior advisor to Zinke in 2017, according to the investigation.

That training included specific admonitions against using his office “to endorse friends, relatives or persons with whom you are affiliated in a non-governmental capacity,” the report said.