Remains of Confederate general, his wife will be removed from Tennessee park 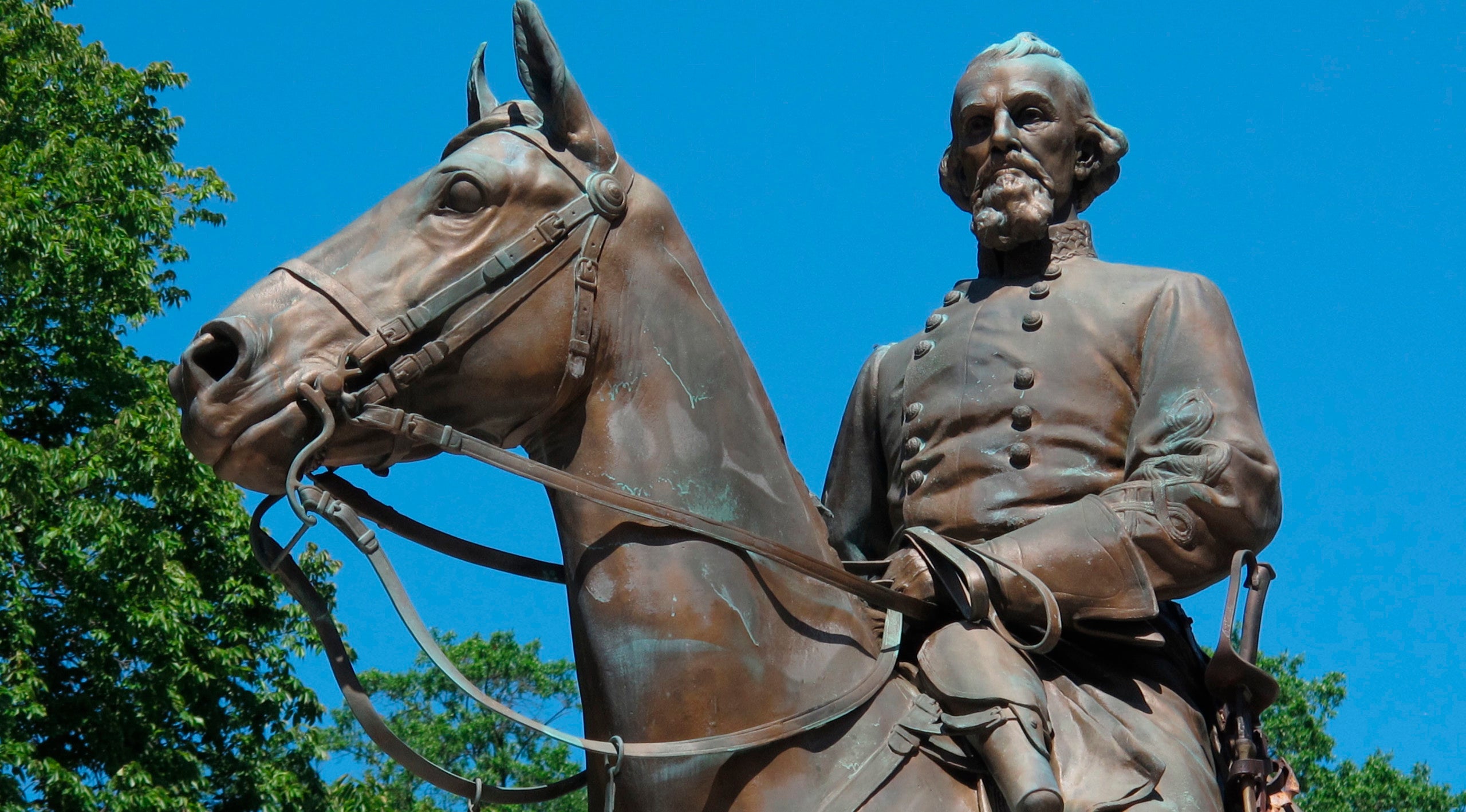 (CNN) — The remains of Confederate General Nathan Bedford Forrest and his wife will be removed from a Memphis, Tennessee, park where a monument of him once stood.

The decision to move their remains came after the Sons of Confederate Veterans, a nonprofit of male descendants of Confederate veterans, agreed to drop a pending lawsuit against park owners, according to CNN affiliate WREG.

Forrest, who was a slave trader and early Ku Klux Klan leader, and his wife, Mary Ann, had their graves at Health Sciences Park, where a monument to Forrest used to be.

City leaders voted in 2013 to change the name of three parks that honored Confederate figures in Memphis. Then, in 2015, they voted to move the Forrest statue. To proceed with the removal, they sought a waiver from the Tennessee Heritage Protection Act, a law that governs the removal, relocation or renaming of memorials on public property. But the Tennessee Historical Commission denied the city’s request.

The denial led the city council to pass legislation allowing it to sell parkland to Memphis Greenspace, a non-profit that provides park-based recreation to the city.

The non-profit took down Forrest’s monument in December 2017, as well as a statue of Confederate President Jefferson Davis.

Sons of Confederate Veterans had fought the city’s efforts to remove the statues. The removal promoted the group to file a lawsuit against the City of Memphis and Memphis Greenspace, according to CNN affiliate WMC. The group said that it believed the removal violated the state cemetery law and Heritage Protection Law.

“It is a deliberate attempt to avoid the state law and the city is breaking the law,” Lee Millar with Sons of the Confederate Veterans, told CNN affiliate WREG in December 2017.

Now after years of controversy, both parties have agreed to remove the remains, which will become property of The Sons of Confederate Veterans.

The group will also take possession of two Civil War-related statues and other items previously on public display at the park, according to WREG.

“We are pleased to say that the statues and the bodies of the general and his wife will be placed somewhere that that will be honored and respected as all American veterans and citizens should be respected,” said Donnie Kennedy, a spokesman for the group, in a statement to CNN. He did not specify where they would be moved.

Both parties told WREG they are happy they were able to reach this outcome outside the courtroom.

“They don’t have to worry about further protests, further potential vandalism of the monuments,” Van Turner, president of Memphis Greenspace and Shelby County Commissioner, said.

Turner also told WREG that under the new agreement, Memphis Greenspace will not be pursuing action to get the statues banned from Tennessee.

“As an American, as a defender of the Constitution, it is their right to do so, to freely express their views,” said Turner. “It’s my right as an American to not support that, to not visit it.”