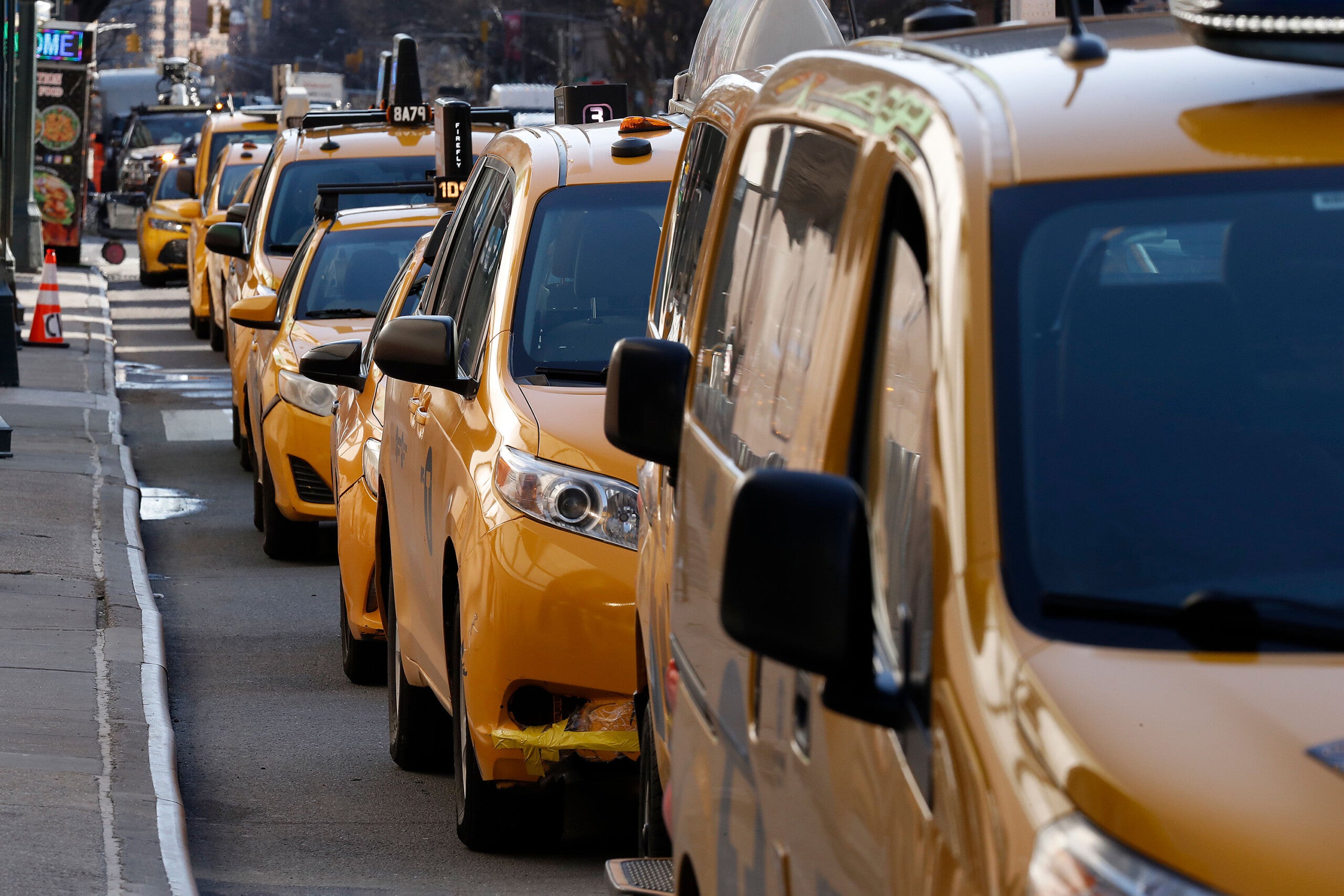 NEW YORK, NEW YORK - MARCH 29: Taxis line up by Madison Square Garden in Midtown on March 29, 2021 in New York City. After undergoing various shutdown orders for the past 12 months the city is currently in phase 4 of its reopening plan, allowing for the reopening of low-risk outdoor activities, movie and television productions, indoor dining as well as the opening of movie theaters, all with capacity restrictions. (Photo by John Lamparski/Getty Images)
by: Laura Studley, CNN
Posted: Jan 17, 2022 / 03:55 PM EST / Updated: Jan 17, 2022 / 03:56 PM EST

(CNN) — A man has been arrested and charged with a hate crime after an alleged attack on a taxi driver at New York City’s John F. Kennedy International Airport earlier this month, a criminal complaint states.

The alleged victim is a member of the Sikh faith, according to the Sikh Coalition, a New York-based advocacy group.

The driver was at a taxi stand outside Terminal 4 at the airport on Jan. 3 when he was involved in a verbal dispute with 21-year-old Mohamed Hassanain who then assaulted him, according to the criminal complaint filed by the Queens District Attorney’s Office.

Hassanain allegedly hit the victim in the face and body multiple times, according to the complaint. Hassanain told investigators that he was at the airport to pick up his girlfriend. “I saw a cab driver there who cursed at me. I threw a punch and cursed at him,” said Hassanain, the complaint states.

During the incident, the driver says Hassanain told him: “you turban guy, go back to your country,” the complaint states.

CNN has reached out for comment from a legal aid attorney for Hassanain but has not heard back.

“For those who aren’t Sikh, I can’t put into words what it means to have your turban knocked off — or to see someone else’s turban knocked off,” Simran Jeet Singh, senior fellow for the Sikh Coalition, said in a tweet a day after the alleged incident.

“It’s visceral and gut-wrenching and just so disheartening to witness,” the tweet said.

“I am thankful to law enforcement, the Sikh Coalition, and all those in the community who have offered their strength in this difficult time,” the victim, identified only as “Mr. Singh” by the Sikh Coalition, said in a statement released by the organization Friday. The group said it wished to help preserve the man’s anonymity.

“No one should experience what I did — but if they do, I hope they receive the same overwhelming amount of support and quick, professional action by the authorities in response,” the statement said.

“We are shocked and angered too, Mr. Singh,” New York City Mayor Eric Adams tweeted Friday. “This is an outrageous attack. We say ‘hate has no home’ in New York City and we’re living that value.”

The U.S. State Department for the Bureau of South and Central Asian Affairs said in a tweet it was “deeply disturbed” about the incident and that it condemns “any form of hate-based violence.”

Hassanain’s next court appearance is scheduled for March 8, according to the district attorney’s office.