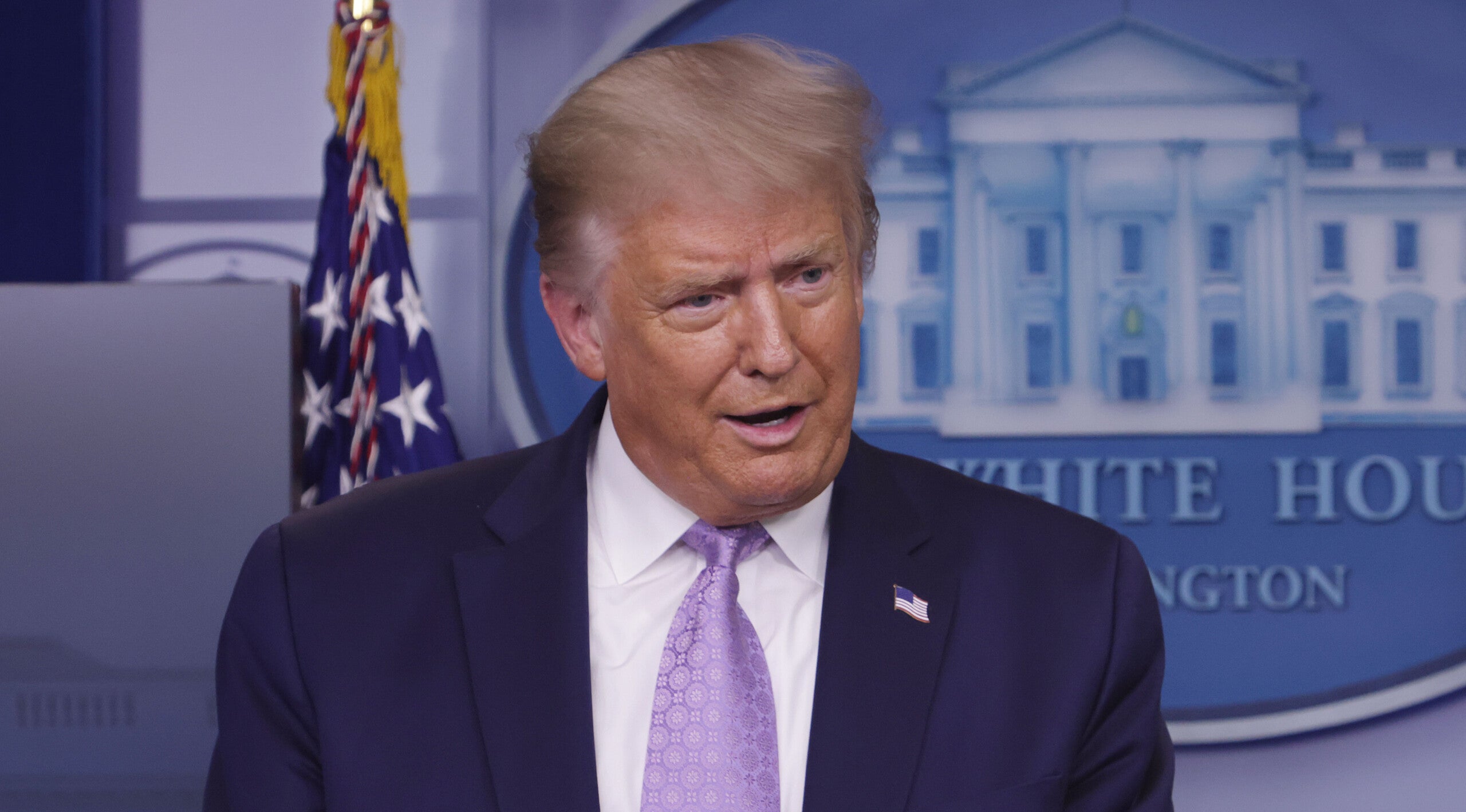 (CNN) — President Donald Trump’s reelection campaign sued New Jersey Tuesday over the state’s decision to use a hybrid voting model for November’s election in which all residents will be mailed a ballot, leaving it up to them to decide if they would like to vote by mail or in person.

Donald J. Trump for President, the Republican National Committee and the New Jersey Republican State Committee brought the lawsuit asking the court to overturn Democratic Gov. Phil Murphy’s executive order instituting the new rules that aim to give voters the option of avoiding voting in person during the coronavirus pandemic.

Trump himself has repeatedly said that expanding mail-in voting options will result in fraud. In reality, there is no widespread voter fraud in US elections, and nonpartisan experts say neither party automatically benefits when states expand access to mail-in voting.

The lawsuit alleges that the executive order usurps the legislature’s authority to decide when and how elections are held. It also alleges that the “system will violate eligible citizens’ right to vote” and that “fraudulent and invalid votes dilute the votes of honest citizens and deprive them of their right to vote in violation of the Fourteenth Amendment.”

Murphy said at a news conference Wednesday that “the President’s campaign is putting itself on record as wanting to delegitimize our November election instead of working with us to ensure that voters rights are upheld alongside public health.”

He said that the state will continue with its plans and defend them “vigorously.”

“So as they say, bring it on,” he said of the lawsuit.

A spokesperson for Secretary of State Tahesha Way said they could not comment on pending litigation.

Due to the pandemic, voting by mail is becoming an increasingly popular option since many voters may prefer not to wait in long lines at polling stations. New Jersey will be the ninth state, along with Washington, DC, to mail all registered voters ballots for the November election.

Murphy told CNN Friday that New Jersey was extending the model of voting they used during the primary.

“We mailed ballots to folks who were registered in either party. We mailed applications to those who weren’t. And we also provided in-person voting capacity at least 50% in each county and at least one location in each municipality. It was a success. Not perfect, but overwhelmingly a success,” he said.

Murphy also said the state learned some lessons since the primary and will “have more presence of secure drop boxes, make sure there is that physical in voting capacity, and as it relates to mail-in ballots, the good news is in a general election, it doesn’t matter what party you’re in, everybody gets a ballot.”

For those who want to vote in person, Murphy said they will “do what we call ‘provisional voting’ because the folks won’t necessarily know at the voting location whether or not whether you actually already mailed a ballot in. That’s what we did in the primary. Little bit more cumbersome, but it works.”

The Trump campaign has also filed a lawsuit against the state of Nevada, which has a similar plan to send absentee ballots to all active voters this November.

IPS Board Meetings / 32 mins ago