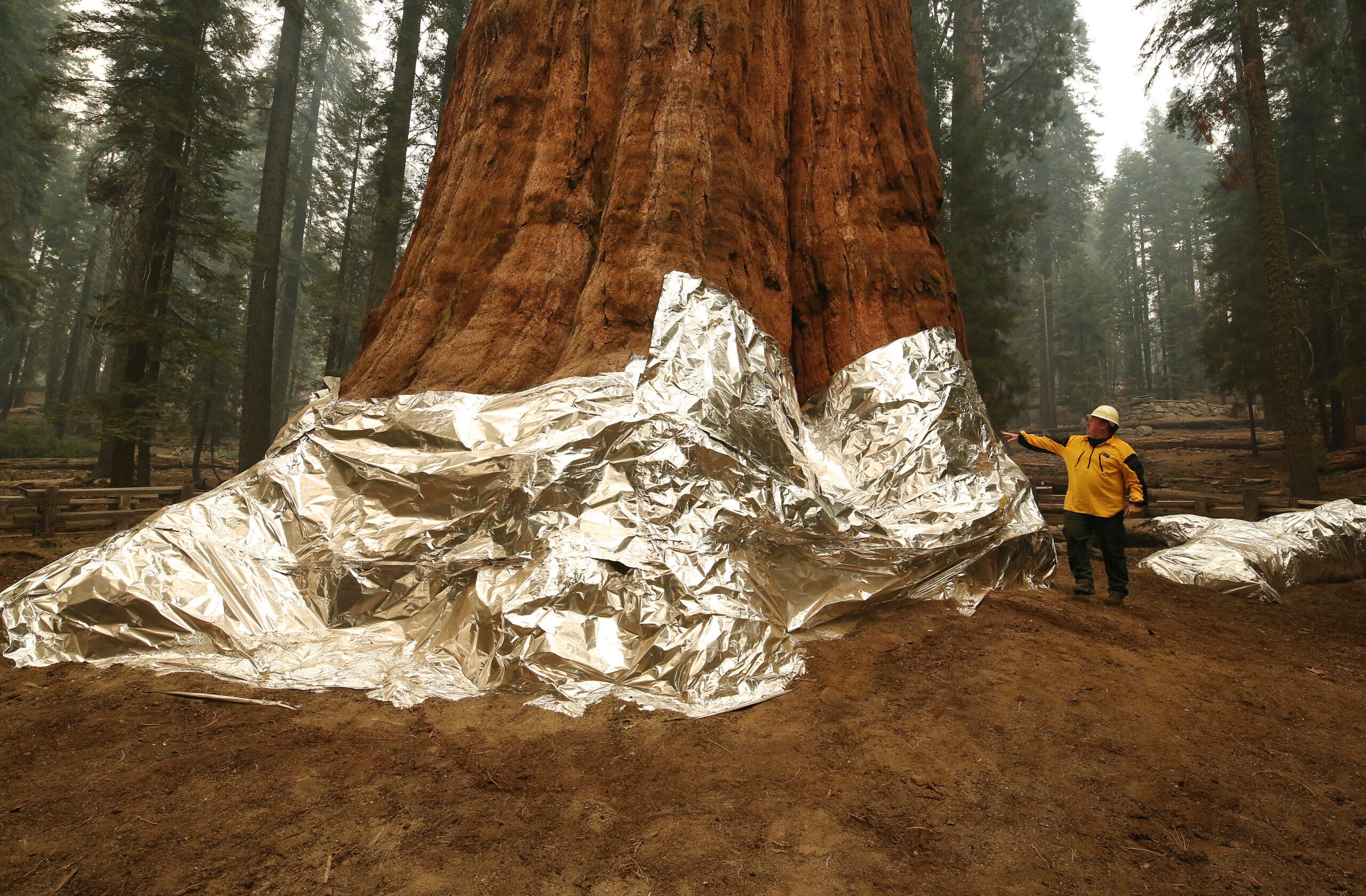 REDDING, Calif. (AP) — A San Francisco Bay Area woman has been arrested on suspicion of starting a wildfire that spread rapidly through a rural area, prompting evacuations orders Thursday in a Northern California community, authorities said.

Workers at a nearby quarry reported seeing a woman acting strangely and trespassing in the area in Shasta County where the fire started Wednesday afternoon, the California Department of Forestry and Fire Protection said in a statement Thursday.

Later Wednesday, Alexandra Souverneva of Palo Alto walked out of the brush near the fire line and approached firefighters and told them she was dehydrated and needed medical help, Cal Fire said.

Souverneva, 30, was transported out of the area for evaluation and treatment. During an interview with Cal Fire and law enforcement, officers came to believe Souverneva was responsible for setting the fire, Cal Fire said. She was arrested and booked into the Shasta County Jail.

The fire has grown to nearly 2 square miles (5 square kilometers), It was burning in heavy timber on steep, rugged terrain amid hot, dry and gusty conditions. The blaze was just 5% contained.

The Shasta County Sheriff’s Office issued a mandatory evacuation order Thursday because of the Fawn Fire burning in the unincorporated Mountain Gate area north of the city of Redding at the far north end of the Central Valley.

Residents were told to temporarily gather in a parking lot at Shasta College in Redding. The number of residents affected was not immediately known. People living in other areas were warned to be prepared to leave. About 2,000 structures were threatened.

Statewide, more than 9,000 firefighters remained assigned to 10 large, active wildfires, according to the California Department of Forestry and Fire Protection.

Those fires include two big forest blazes growing in the heart of California’s giant sequoia country on the western slope of the Sierra Nevada. Smoke from those fires raised air quality concerns for the southern end of the Central Valley and flowed over greater Los Angeles, causing mistaken reports of mountain fires.

On Wednesday, officials showed reporters how Sequoia National Park’s famous Giant Forest has been protected from the KNP Complex fire by years of using carefully set and controlled fires to burn away vegetation that can serve as wildfire fuel.

The bases of some of the most famous giant sequoias were also wrapped in fire-resistant materials. Giant Forest has 2,000 sequoias and includes the General Sherman Tree, the largest tree in the world by volume.

The fear of catastrophic fire coming through that section of the national park has been greatly reduced because of the combination of the prescribed burns and the low intensity of the fire that moved into part of the forest, said Ed Christopher, deputy fire director for the U.S. Fish and Wildlife Service.

“And because of that we feel that the majority of the trees in this Giant Forest area should come out of this event like they have for the past thousands of years,” he said.

Historic drought tied to climate change is making wildfires harder to fight. It has killed millions of trees in California alone. Scientists say climate change has made the West much warmer and drier in the past 30 years and will continue to make weather more extreme and wildfires more frequent and destructive.

The KNP Complex began as two fires ignited by lighting on Sept. 9. The fires later merged into one and have scorched more than 51 square miles (132 square kilometers). Sequoia and adjacent Kings Canyon National Park have been closed. Several communities are under evacuation orders or warnings for people to be prepared to leave.

Nearby, the Windy Fire has burned through nearly 57 square miles (148 square kilometers) on the Tule River Indian Reservation and in Sequoia National Forest, including Giant Sequoia National Monument.

Also ignited by lightning on Sept. 9, the Windy Fire has forced the evacuation of of small forest communities, but no privately owned structures had burned as of Thursday morning. A fire lookout structure and a radio repeater site on a peak were destroyed by the blaze.

The fire has moved through several groves of giant sequoias and damaged one of the big trees on the famed Trail of 100 Giants. An expert from Yosemite National Park was expected to examine the groves on Thursday.