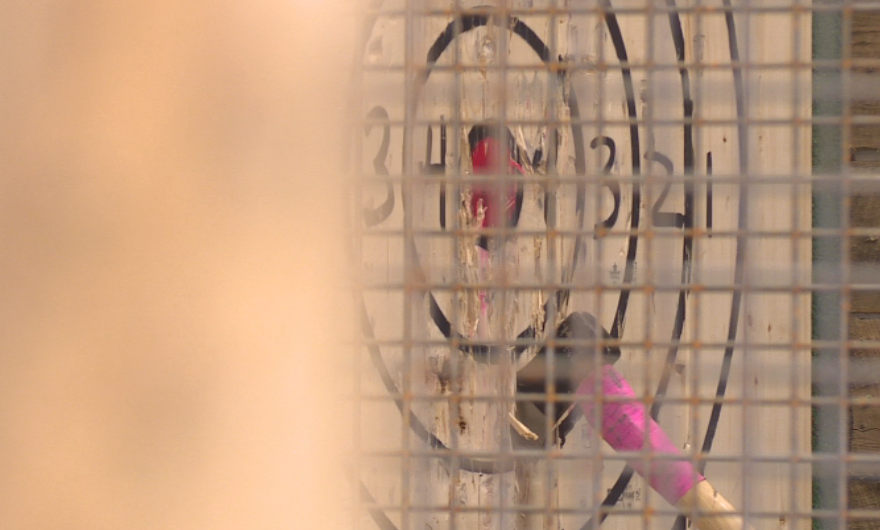 INDIANAPOLIS (WISH) — Hoosiers lining up to hurl hatchets could soon have the option of peering at the bulls eye through beer goggles.

If approved, employee Richard Smith said, the venue would be the first in the Indianapolis area to serve beer and wine alongside Viking weaponry.

Nationwide, axe throwing ranges have opened in every major city – with the majority now offering beer, Smith added – since the birth of the competitive “sport” a decade ago in Canada.

The trend expanded to Indianapolis last year with the grand opening of Bad Axe Throwing downtown.

“Anyone can do it and it’s all about teamwork,” Smith said of axe throwing’s growing popularity across central Indiana. “People figuring out [how to do something new together] is what generates that team-building environment and makes it a lot of fun.”

Ragnarok is offering a 21st century take on the medieval pastime. Teams face off in a mock game show, competing in a series of four activities including modified tic-tac-toe, before a double elimination tournament is held to name an overall winner.

The “Lumber Lord” is awarded a 6.5-inch stamp – anywhere on their body – and bragging rights to a hard-earned Viking victory.

“It’s not as easy as it looks!” laughed Heather Woods as her axe ricocheted off the wall and landed on the floor.

She and a group of friends were looking for “something different” to do and signed up for an afternoon at Ragnarok.

“We don’t usually do this when we hang out,” Woods told News 8. “This is awesome. It’s different and it’s a really, really good time.”

The prospect of adding booze to the experience could be “a little scary,” she conceded.

Safety is Ragnarok’s top priority, according to Smith. Hatchet blades are dulled to prevent cuts, he said, and all participants are trained to properly handle equipment before axe throwing games begin.  A team of “axe-perts” help distribute and explain safety waivers, and supervise the 1.5-hour game show sessions.

Kristen Lampkin, who booked a game show with colleagues for a human resources team-building exercise, said she was thrilled she could participate three weeks before her due date.

“I heard another lady was due in two weeks,” she said. “And she won!”

No word on how many stamps the expectant Lumber Lord received; perhaps one each for her and baby?

Grandmothers, some initially hesitant to throw, have also embraced the sport and mastered the technique of flinging from behind the head with enough force to flip the axe once before hitting the target.

“They go absolutely ballistic over it,” said Smith. “They get those endorphins going and they’re like, ‘Yeah, let’s do it again!'”