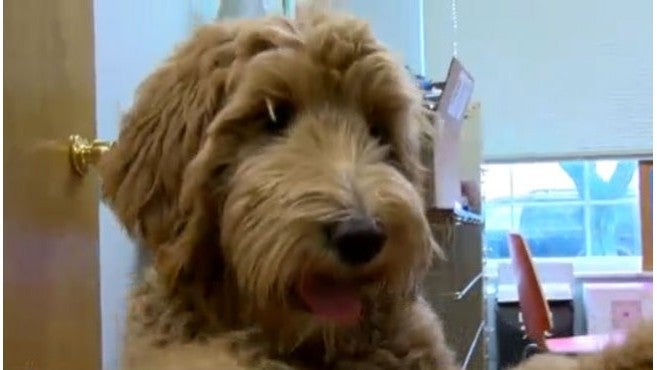 There’s a new state law on the books meant to cut down on emotional support animal fraud.

Emotional support animals are used by people dealing with all kinds of issues.

Sally Irvin, founder of the Indiana Canine Assistance Network said Thursday that emotional support animals are “where the presence and comfort of that animal can provide relief of anxiety, relief of depression, relief even of a physical mobility impairment.”

But, there are fakers out there.

State Sen. Jean Leising, a Republican from Oldenburg, said, “There was an apartment owner in the Lafayette area that had someone come in that had two cats and 10 rats. They said they were their emotional support animals. That’s how far and extreme it has gotten.”

Which is why Leising created the bill that Gov. Eric Holcomb signed into state law. Leising said, under the new law, if someone’s disability isn’t obvious, their potential landlord can ask them for written proof from a doctor or licensed health care provider that they need the animal.

“I’m hopeful that it will eliminate people from trying to say that two cats and 10 rats are needed for them, because it doesn’t make sense,” Leising said.

Irvin founded the Indiana Canine Assistance Network, which trains accredited service animals. She called the law “a huge step in a good direction.”

Leising said, “I don’t think anyone that has a true emotional support dog, for instance, is going to have a problem getting documentation from their health care provider.”

Irvin said she believes the new law stops people from using legit-looking emotional support animal registry websites, where you pay a few bucks and get a letter that looks real.

“The bill does something pretty magnificent,” Irvin said. “They said when you get a letter from your doctor or nurse practitioner or psychologist, it needs to be someone that has an ongoing relationship with you.”

Irvin said she hopes the new law brings some peace of mind.

“Hopefully, this bill will allow legitimate users of an emotional support animal some security in knowing the ones that are not playing by the rules are not going to be there to disrupt their dog.”