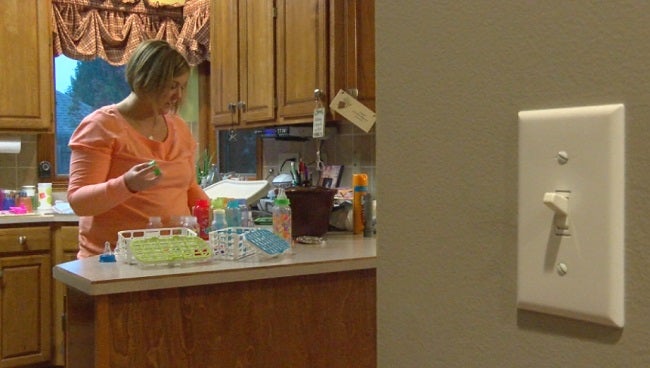 INDIANAPOLIS (WISH) — The opioid epidemic impacts so many families across central Indiana, and many of the impacts involve children caught in the middle of the crisis.

Programs aimed at helping them are seeing more cases than ever with no additional resources.

Jessica Smith is a mother of two children. She and her husband became foster parents in March and have taken in three children.

“If you saw these precious children we take into our homes and how much they look at you and adore you, it’s just there’s no words to describe it,” said Smith, who lives in Delaware County.

Many of those children are being forced into the court system and foster homes because of the opioid epidemic.

“They don’t deserve it. It’s not fair. It’s unfortunate and, not only that, there’s a lack of resources for these parents to get better to get their children back,” Smith said.

A lack of resources, including rehabilitation, Smith said it keeping children in the foster care system much longer.

“It’s tragic that these innocent children have to suffer for the choices that their parents it’s sad,” Smith said.

Organizations like Advocates for Children feels that need. It provides volunteers who are court-appointed special advocates (CASA) to represent the best interest of the child in court.

“We’ve  just seen an explosion in the number of children that are entering the system,” said Rick Scalf, who is the community outreach coordinator for Advocates for Children.

Over the past five years, the agency doubled the number of children served in Bartholomew, Decatur and Jennings counties and broke a record last year with 841 children.

“Primarily, it says that we’re facing an epidemic of addictions in this state. Ninty-five percent of our caseload right now is directly related to families that are suffering with that issue,” Scalf said.

He said it is a struggle to find volunteers but, with help from a grant, the agency hired a full-time staff to take on the caseload.

Herron said over the past two years he’s worked with 96 children in more than 70 cases.

“There are times when you get them into a placement and possibly into an adoption and that really does save their lives. Many other times, particularly with the older children, you have to keep in mind that you’re going to make things better,” Herron said.

Herron knows the epidemic needs to be addressed, from treatments to mental health facilities, before it can get any better for children.

“There’s no option to this we have to help if we don’t help we’re going to be worst and worst trouble as time goes on,” said Herron.