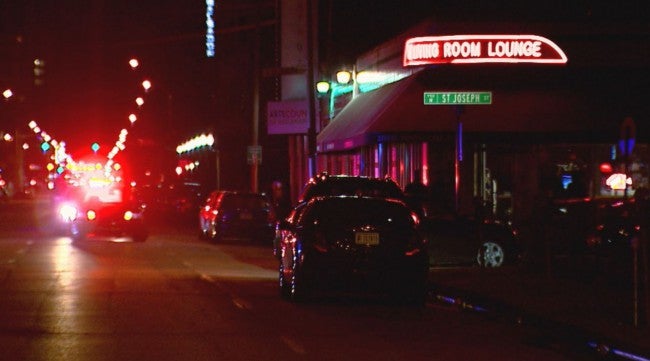 Police say one man was taken to the hospital in critical condition following a shooting in the 900 block of North Pennsylvania Street just after 2 a.m. The victim was found suffering from multiple gun shot wounds.

The victim was transported to IU Health Methodist Hospital.

Police obtained surveillance video and were able to determine that the victim and suspect might have been in a verbal altercation before the shooting. In the video police say you can see the suspect pull out a handgun and shot the victim several times in the bar.

Police say the suspects fled the scene with two females after the shooting.

Detectives are also asking for assistance identifying a second male. Police don’t believe he was involved in the shooting but might know the two females and the shooter.