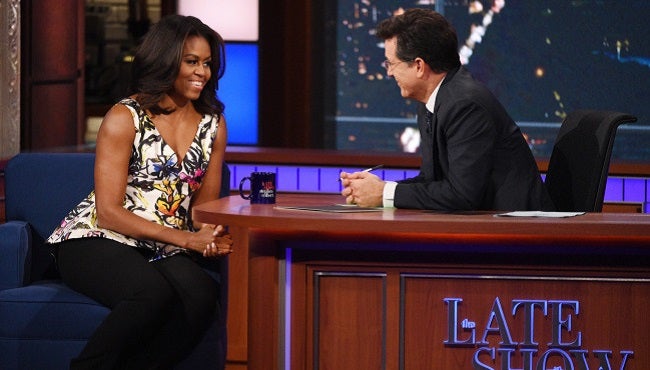 The FLOTUS joked with Colbert that she was ready to open her own windows and shop at Target when her husband, President Barack Obama, finishes his second term in office.

Michelle Obama recently launched a new campaign, Let Girls Learn, marked on social media with the hashtag #62milliongirls, which is the number of girls around the world who are not in school.

She told Colbert she plans to continue her work with the campaign after her time in the White House is over.