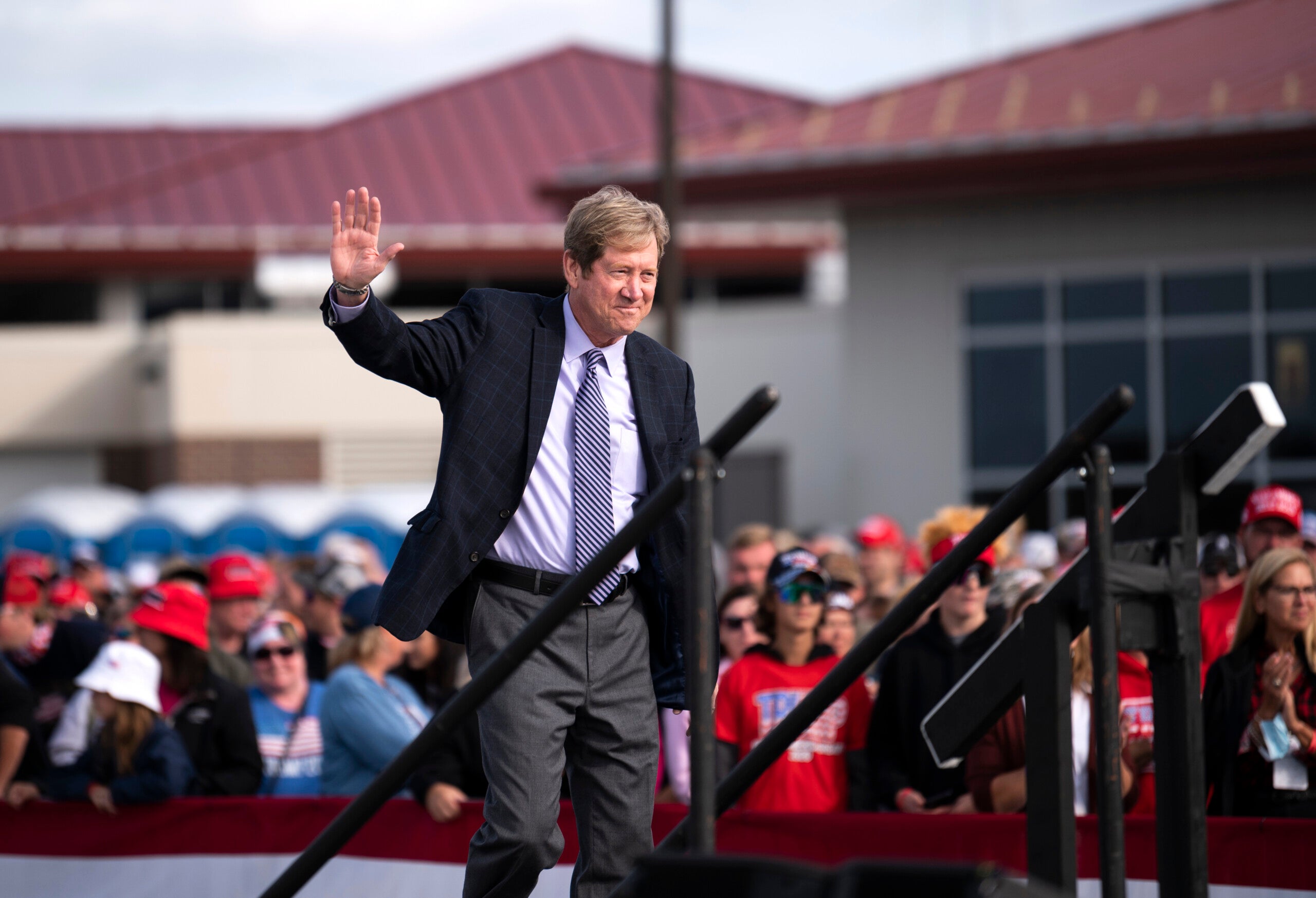 The condition is life-threatening if not treated quickly, the campaign said in a statement.

“Prior to being taken to the operating room, Jason was in good spirits, optimistic, and true to form, he was speculating about when he could resume campaigning, eager to continue fighting for his fellow Minnesotans,” Szymanski said.

He said the campaign would release further information as it became available.

Smith tweeted well-wished to Lewis for “a successful surgery and a speedy recovery.”

Lewis has been all in for President Donald Trump during the campaign. He has stressed their common opposition to coronavirus restrictions, support for law and order in the state where George Floyd was killed, and the need to put Amy Coney Barrett on the Supreme Court.

Trump has returned the love with frequent name-checks at recent rallies in Minnesota. Lewis was part of the welcoming committee when Trump arrived in Minneapolis on his most recent visit, and he got to fly with Trump on Air Force One. He has taken himself off the campaign trail twice due to potential coronavirus exposures but tested negative.