Haley: Trump was ‘badly wrong’ in stoking crowd before riot 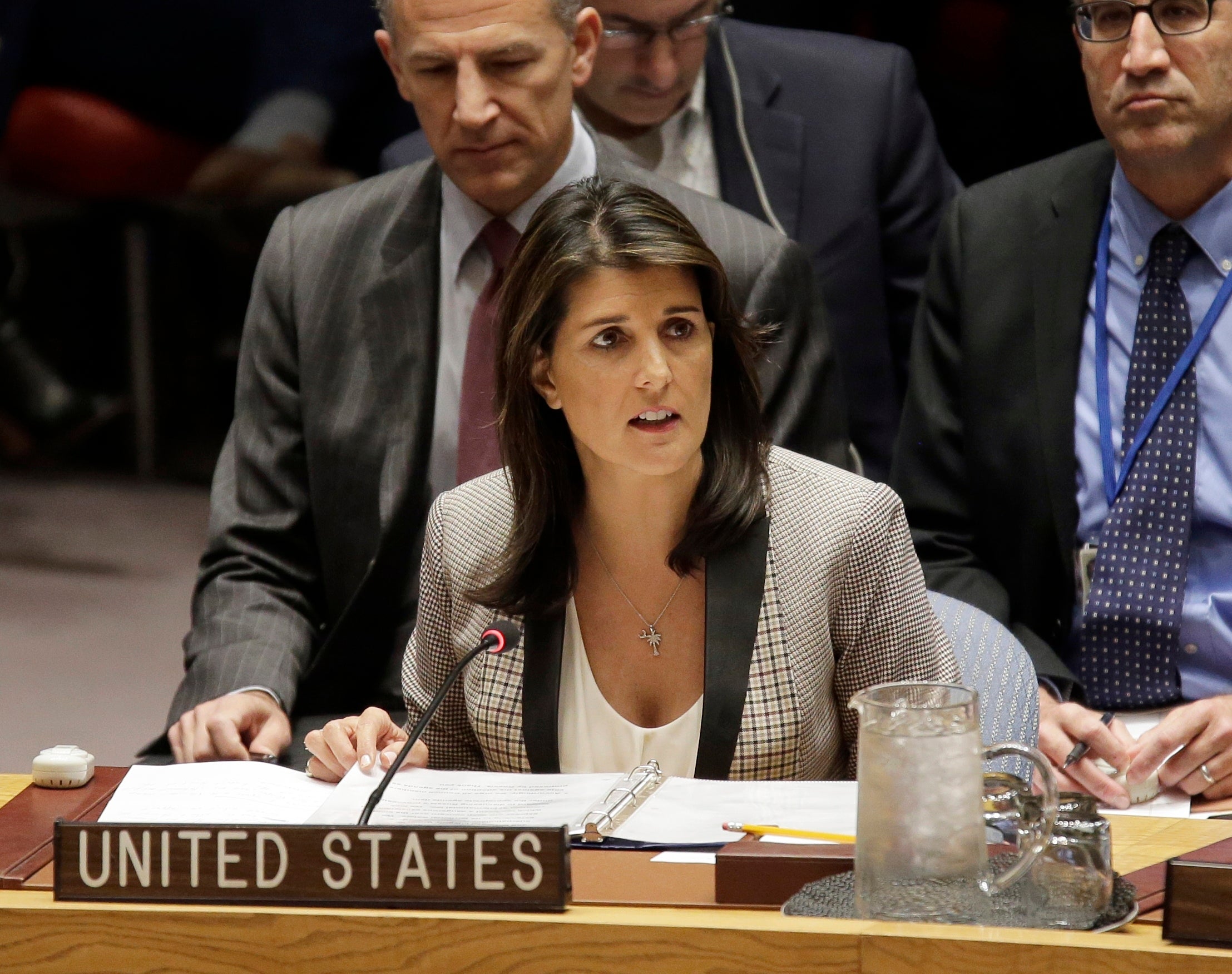 COLUMBIA, S.C. (AP) — Former U.N. Ambassador Nikki Haley, often mentioned as a possible 2024 GOP presidential contender, is among the latest from her party to denounce President Donald Trump’s comments stoking supporters to mount a violent assault on the Capitol.

“He was badly wrong with his words,” Haley said Thursday during a speech at the Republican National Committee’s winter meeting, according to excerpts obtained by The Associated Press. “His actions since Election Day will be judged harshly by history.”

She called it “deeply disappointing” because of the effect it will have on the legacy of the Trump administration.

“It’s a real shame, because I am one who believes our country made some truly extraordinary gains in the last four years,” Haley said. She cited the withdrawal from the Iran nuclear pact and confirmation of three Supreme Court justices.

Her comments are further evidence of the balancing act that Haley has maintained since resigning as South Carolina governor in 2016 to join Trump’s Cabinet. In two years at the United Nations, Haley treaded a path of speaking out against Trump while not directly drawing his ire. She left the office on her own terms in 2018, a rarity then during a wave of staffing turmoil.

Now, after moving back to South Carolina, Haley has developed her own persona, frequently weighing in on a range of topics and campaigning for other Republicans, as she recently did in the U.S. Senate runoffs in Georgia.

Republicans had already been grappling with the party’s future following Trump’s tumultuous term. But after this week, Haley echoed the remarks of some, including Sen. Lindsey Graham, a fellow South Carolinian, who Thursday called the melee Trump’s “self-inflicted wound.”

While Haley’s rebuke is welcome, it should have come earlier, said a South Carolina lawmaker who characterized her shifting stance as the same “political opportunism” displayed in the 2015 Confederate flag debate. Then, Haley called the flag a “deeply offensive symbol of a brutally offensive past,” only to say later to a conservative audience it was a symbol of “service, sacrifice and heritage” until it was ”hijacked” by the man who murdered nine Black parishioners at a historic Charleston church.

“Nikki Haley’s revisionist history will simply not play well to people who’ve been paying attention during the last four years,” state Sen. Marlon Kimpson told AP. “Nikki Haley enabled, aided, abetted and was a co-conspirator for Donald Trump for much of his time in office, and history will not be kind to the people in his administration.”