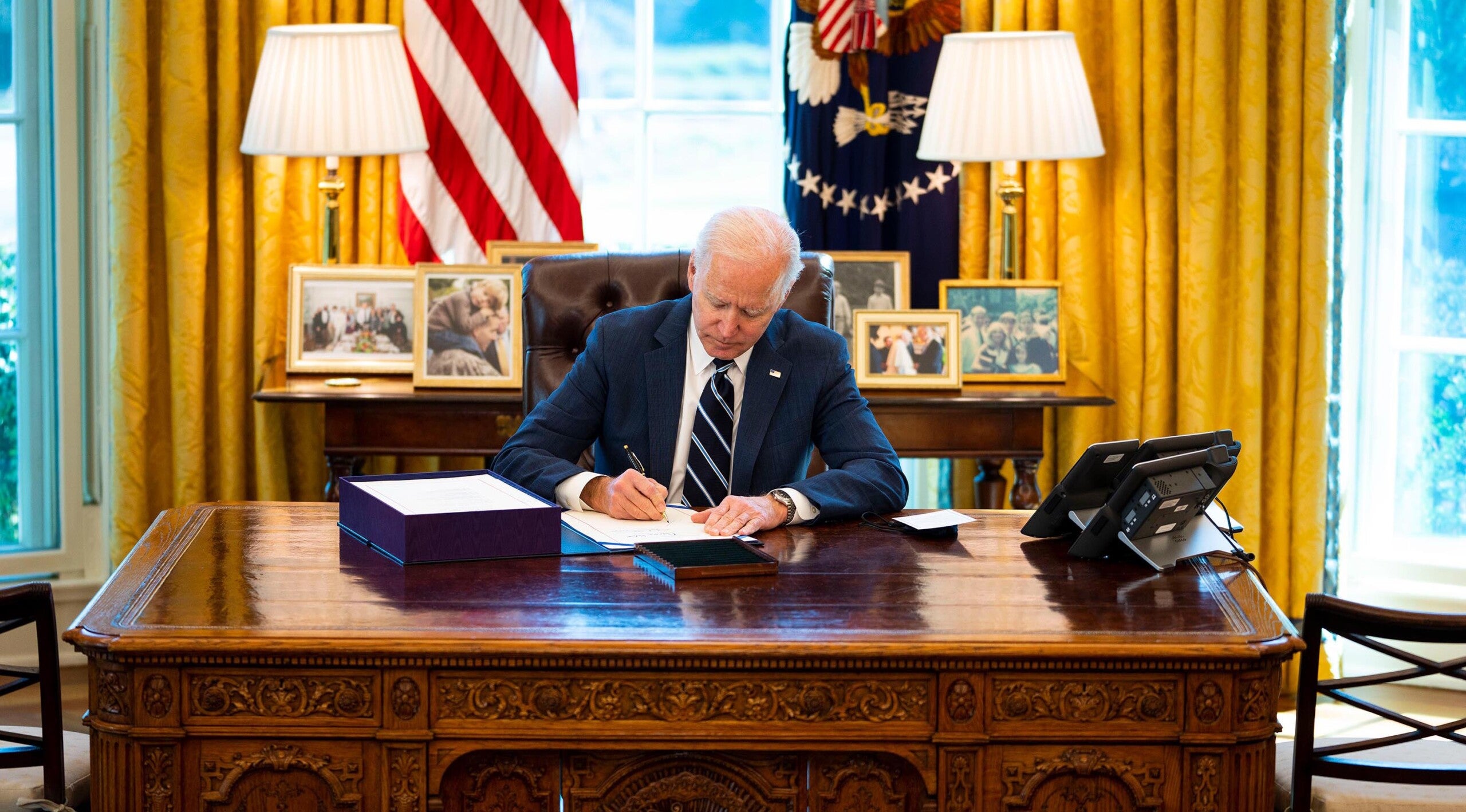 (CNN) — Republican state officials are up in arms over one of the strings attached to the $350 billion in state and local aid contained in the Democrats’ massive relief package enacted last week.

The restriction, which was added by Senate Democrats, prompted Ohio’s attorney general to file a lawsuit Wednesday and his GOP peers to write an angry letter to Treasury Secretary Janet Yellen.

At issue is a provision in the $1.9 trillion stimulus law that could limit states’ ability to cut taxes. It says states cannot use the funds to “either directly or indirectly” offset a decrease in net tax revenue resulting from changes such as rate reductions, rebates, deductions, credits or delays in tax increases or the imposition of a tax.

The rule may apply through 2024, which is the deadline for states to use their aid.

The Treasury Department said Thursday that the relief aid is not meant for tax cuts, but that states are free to use other funds to lower levies.

Funding for state and local governments has been among the most contentious measures in Congress’ relief deals. Many states and municipalities have faced declines in tax revenue amid the pandemic — though, for some, the drops haven’t been as large as originally feared.

Democrats sought to add to the $150 billion pot provided in the stimulus deal passed a year ago, but Republicans successfully blocked it while they controlled the Senate in 2020.

President Joe Biden’s package, which did not receive any GOP votes, sends more assistance but also contains the tax cut provision and one prohibiting states from funneling the money into their pension funds, which Republican lawmakers supported.

Ohio Attorney General Dave Yost filed an injunction request with the U.S. District Court of Southern Ohio seeking to bar enforcement of what he calls the “tax mandate,” saying it is unconstitutional and exceeds Congress’ authority.

The state, which is expecting to receive around $5.5 billion in relief funding, suffered a $1.1 billion loss in tax revenue for fiscal 2020, according to the motion.

“The tax mandate thus gives the states a choice: They can have either the badly needed federal funds or their sovereign authority to set state tax policy. But they cannot have both,” the motion reads. “In our current economic crisis, that is no choice at all. It is a metaphorical ‘gun to the head’.”

Meanwhile, a coalition of 21 Republican attorneys general — led by Georgia, Arizona and West Virginia — wrote to Treasury Secretary Janet Yellen on Tuesday raising concerns about the provision, particularly the prohibition on “indirectly” offsetting tax cuts and the list of banned measures.

The letter included an array of tax moves that states are currently considering that officials worry could run afoul of the relief law. They include raising the standard deduction in Georgia, enacting tax credits in Indiana and trimming income taxes in Montana.

The attorneys general asked Yellen to confirm that the relief package, at most, precludes states from using the funds expressly for direct tax cuts rather than for the purposes listed.

What states can do, according to Treasury

The Treasury Department said that the law does not bar states from cutting taxes or require them to pay back their aid if they do.

“In other words, states are free to make policy decisions to cut taxes — they just cannot use the pandemic relief funds to pay for those tax cuts,” an agency spokesman said.

Still, the Biden administration made it clear earlier this week that the assistance is meant to stop states from laying off more employees — especially essential workers. State and local governments have shed nearly 1.4 million jobs over the past 12 months.

“The original purpose of the state and local funding was to keep cops, firefighters, other essential employees at work and employed, and it wasn’t intended to cut taxes,” Jen Psaki, White House press secretary, said in a briefing Monday.

The Treasury Department’s response did not satisfy Yost.

“That’s like saying ‘but you’re free to keep your wallet, it’s your choice,’ right after the mugger says ‘your wallet or your life’,” the attorney general said Thursday.