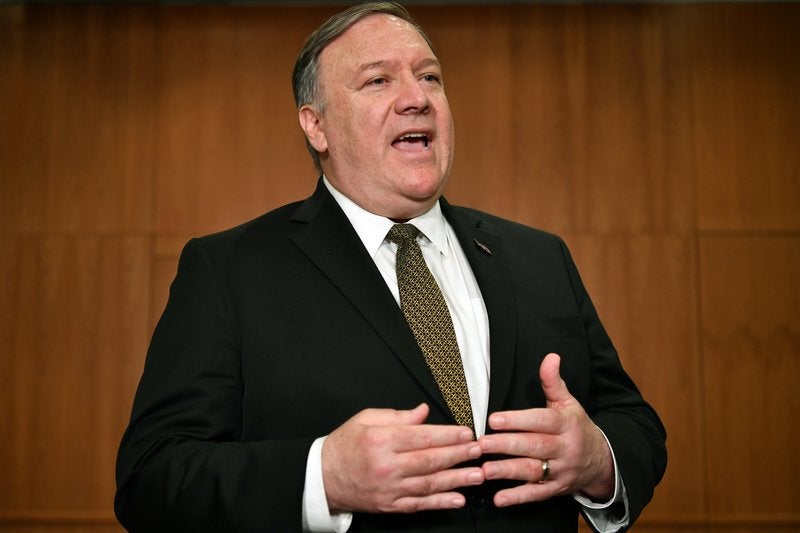 Pompeo was due to meet Merkel and German Foreign Minister Heiko Maas in Berlin on Tuesday.

The State Department said the meetings have had to be rescheduled due to “pressing issues” but offered no further comment on why.

Neither Merkel’s nor Mass’s office had any immediate comment.

Pompeo has been taking part in a meeting of the Arctic Council in Finland. It wasn’t immediately clear where he would be heading next.

The State Department says Pompeo “looks forward to being in Berlin soon” to hold the “important set of meetings” that had been scheduled.