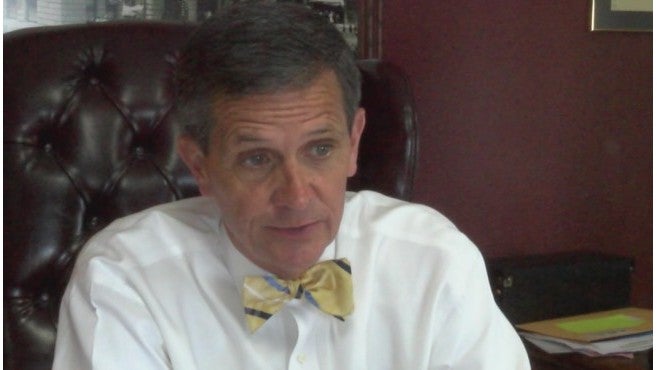 This isn’t the first time DePauw University has been plagued with race-related comments.

A string of vulgar notes and messages were found on campus three weeks ago.

It’s just the latest in a slew of incidents that have students like Alex Guest worried.

“I’m half Asian and half white,” Guest said. “Knowing that half of me is not really accepted or kind of looked down upon is tragic.”

Officials with DePauw University say they were made aware of the rock message on April 16, just four days after numerous other derogatory messages were found on walls and bathrooms on campus.

It’s a disturbing situation he’s still deciding how to prosecute, because spelling out the “n-word” using rocks isn’t clearly defined by Indiana law.

Bookwalter says he believes separate individuals are behind the previous messages left on campus.

Either way, Bookwalter says he has no tolerance for what’s been going on at DePauw’s campus the past few weeks and wants to remind vandals these crimes do come with punishments.

“The ‘n-word’ is used in music, its used in lyrics,” Bookwalter said. “It has a different connotation to them at 15 or 16 than it does at 63 to me. Its a very racial tone at my age group. Sometimes, in younger people, I don’t think they view the way we view it.”

Meanwhile, students hope that the string of vandalism will stop and the focus will be put back on school.

“It’s definitely really changed the feel of the school a lot,” Sam Yeager, a DePauw freshman said. “I never really expected something like this would happen going into my first year of college.

“I think it’s sad that people don’t feel safe,” junior Quinci Miller said. “It’s sparking a lot of conversations. A lot of students want to help and make this a place for people to have their home.”

Bookwalter says he’s not sure if he’ll charge the juveniles with anything at all. If he does, it’s likely to be a misdemeanor charge and will be sent over to the juvenile court system.