Ready to laugh for a good cause? Jay Leno coming to Indy to support cancer community 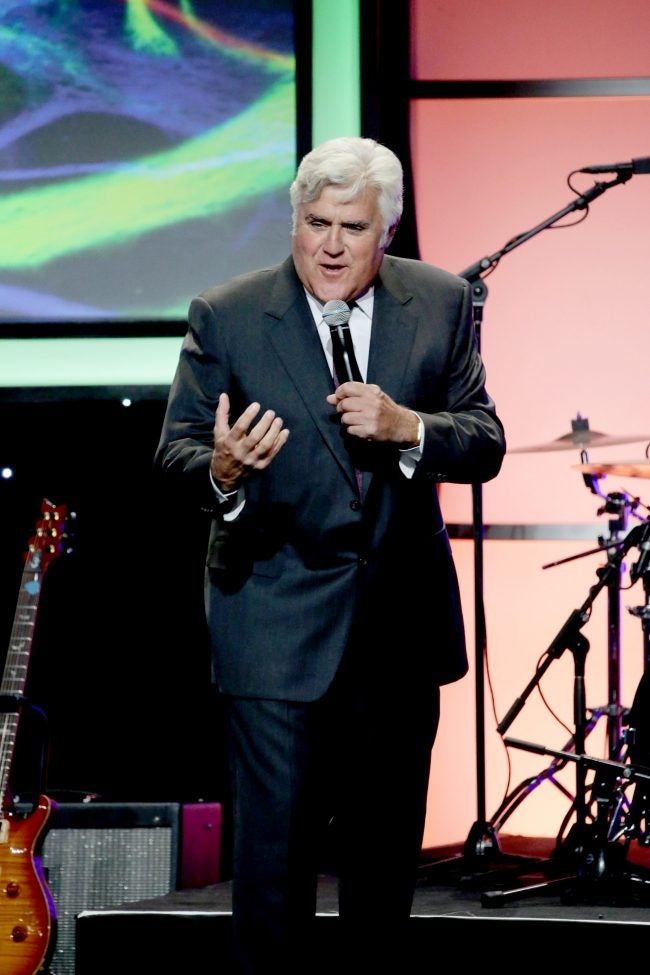 INDIANAPOLIS (WISH) — A one-stop shop cancer resource facility for cancer patients, their friends and family is offering the community one night full of laughs from comedian and actor, Jay Leno.

24-Hour News 8’s Melissa Turpin spoke with Eric Richards, President and CEO of Cancer Support Community about the event. Richards shared three important points as to how this event impacts those suffering from cancer, as well as those affected by someone who is suffering.

“Laughter is the best medicine. It really goes hand-in-hand with the work we do here, which is complimentary therapy. We offer social support, emotional support, and physical support in terms of offering physical fitness classes and other classes such as yoga, cooking classes, music and art therapy,” Richards said.

The second point is the event raises awareness for the organization.

“We serve everyone impacted by cancer, regardless of income and geography; anyone can utilize our services,” Richards said. “Some think they won’t qualify for whatever reason. Well, no, we want people to know you can come to us. If you are experiencing or affected by cancer, you can come and there is never a charge. Never, ever,” he said.

The third point he made is the fundraiser allows them to raise 25 percent of their annual budget.

For the past eight years, the event has brought nationally-known comedians to help spread laughter and attention. Leno was chosen as this year’s host due to his appeal.

Richards said when it comes to choosing a comedian for the show, it’s not easy. He said the comedian must be clean, which he said knocks out 95 percent of every comedian. He said sometimes it takes awhile to go through a comedian’s management. It took last year’s comedian, Seth Meyers, four months to book. It only took three weeks to book Leno.

“Leno is one of those guys with no ulterior motive. He’s easy to work with and cares about the things that he does. So we are thrilled to have him as part of the show this year,” Richards said.

This year the organization is stepping things up. They are making it two events in one. There will be the traditional VIP reception, where 550 people typically attend. What’s new this year is the Block Party on Monument Circle. The Block Party will include a red-carpet with food, drinks and entertainment, as well as a chance to mingle with local celebrities. There will also be a silent auction. The organization is working with Leno on a personalized item.

Producer Will from WZPL’s Smiley Morning Show and Rafael Sanchez, the president of IPL, will emcee Laughing Matters. Other local celebrities such as Governor Eric Holcomb, Colts and Pacers players are expected to attend.

During the program the organization will kick off their marketing campaign, “Take on Cancer Together.” It’s a campaign Cancer Support Community of central Indiana will be focusing on for the next two years to help spread awareness of what the organization does.

“We are creating a video right now with a lot of local celebrities. Colt players Pat McAfee and Adam Vinatieri, Mayor Joe Hogsett, WZPL’s Dave Smiley, a couple of Pacers players, IndyCar’s Ed Carpenter, and more are involved with the video that will be revealed the night of the event,” Richards said.

Last year 1,300 people attended Laughing Matters. The organization is hoping to hit capacity this year with a record number of 1,500 people.

The event is March 11 at the Hilbert Circle Theatre. The event begins at 9:10 p.m.

Cancer Support Community started 35 years ago, but it’s been in central Indiana for nearly 20 years. The organization continues to provide new opportunities when it comes to providing complimentary therapy to anyone who needs it in the beginning, during and even after.

“The people who participate in support groups, yoga and nutrition classes are a lot better off than someone who didn’t get any of those services,” Lora Hays, Executive Vice President of Cancer Support Community said.

The organization doesn’t stop their support services when treatment is over.

“There is no time limit when you have to leave. We have an alumni coffee club. We offer everything from the first minute you are diagnosed to 10 years out, and everywhere in between, as well as caregivers and kids impacted,” Hays said.

“We aren’t a well-known name, so we have to do what we can to get the word out. One major way is through events like Laughing Matters. It’s about raising money because it’s a fundraiser, but it is an equally informational awareness event to make sure people know we are here,” Richards concluded.