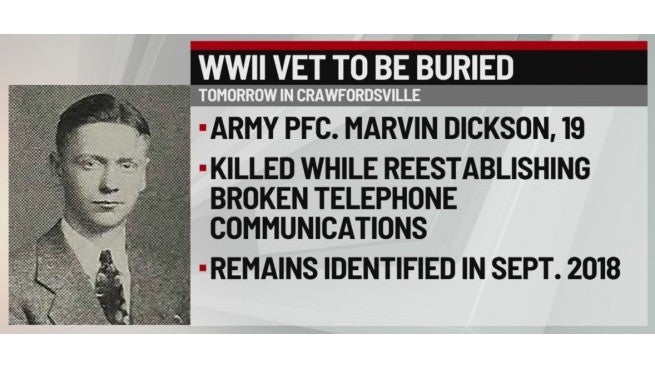 According to the Defense POW/MIA Accounting Agency, the 19-year-old was tasked with facilitating communication among several battle elements. Dickson laid telephone wire between headquarters and outposts in Germany.

The agency said Dickson died Nov. 13, 1944, when he and other soldiers moved to the front lines to re-establish broken telephone communications.

His remains were eventually recovered in April 1947 in the Hürtgen Forest in Germany and finally identified last September.

Dickson’s remains were set to be buried Saturday in Crawfordsville.