Residents helping family of man who filed lawsuit against Knightstown 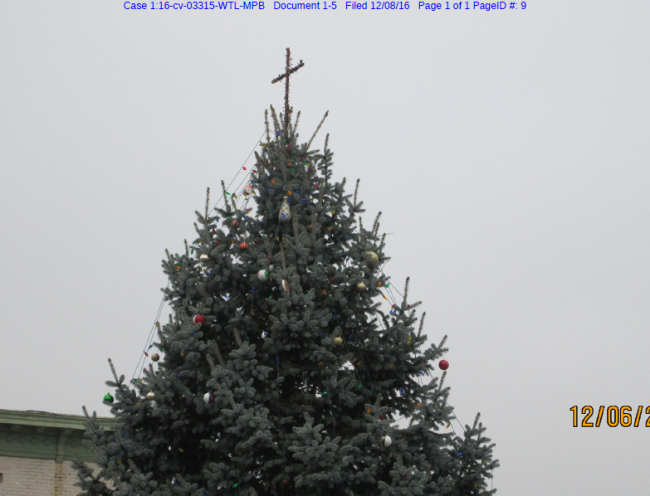 KNIGHTSTOWN, Ind. (WISH) — Some people are raising money to help the family of a man, who filed a lawsuit against the Town of Knightstown.

The efforts come days after the council removed a cross from the town’s Christmas tree.

Organizers behind the efforts told 24-Hour News 8 all eyes have been on Knightstown these past couple of days.

They wanted to show people around the world that their town is accepting of all races and religious beliefs and felt this was the right way to respond to a family in need.

Amanda Abott lived in Knightstown her whole life. She said the national attention on her community is something else.

“I’ve never seen anything like this happen in Knightstown so it was very unique to drive by and see everybody out showing their support and their faith,” said Abott.

Supporters met at the square Monday evening feeling outraged after the council removed a cross from the town’s Christmas tree. The issue began when a resident claimed the cross infringed upon his civil liberties.

“We were thinking about why someone would you know be so offended and what that person night need might want,” she said.

Abott said her mom lives right across the street from Joseph Tompkins, who’s identified in the lawsuit.

“I have not spoken with him now my father shoveled his truck out yesterday morning when the snow came but no mention of the cross,” she said.

Abott said she and Kevin Richey came up with the idea to help Tompkins’ parents after learning about their hardship.

“I’ve known them all my life and most people have and they’re going through a hard time right now,” said Richey. “Not only because of this and the worldwide attention on it but there’s a devastating illness they’re dealing with and the financial and emotional expense of that.”

Richey described them as lifelong members of the community and hardworking.

“I told them how we all prayed about it and they’re accepting of it and I think they’re glad the community is rallying around them,” he said.

Despite everything that has happened, Richey said the message at the end of the day is unconditional love.

“We’re turning this around, the cross isn’t on the tree but it’s in our hearts and we want to help these people,” he said, “Because they’re our friends and they’re our community members and we love them and we love their son too.”

Abott and Richey opened an account for the parents under the name of “Matthew 5:40 movement” at First Merchants Bank.

An event is also scheduled for Sunday at 1 p.m. at the Town’s Square. They will also accept donations there for the parents as well.

Meanwhile, the council is meeting Thursday night at 7 p.m. to talk about the lawsuit and the resolution. The meeting will be held at Sunset Park Shelter House in Knightstown.