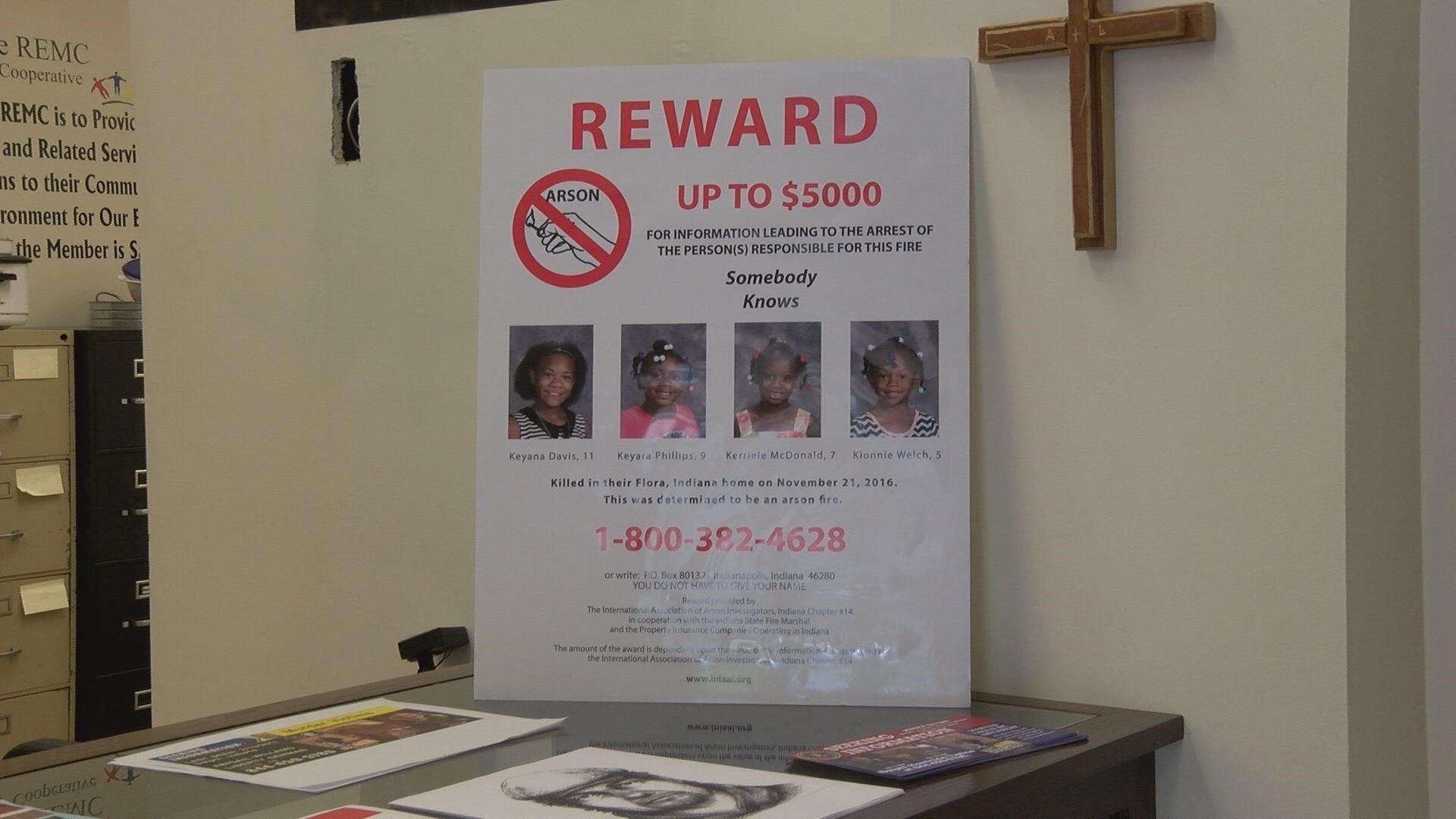 Up until this point, there hasn’t been a reward poster for the fire. The poster has the tip line number, a picture of the girls and the reward value of $5,000.

First Sgt. Jerry Holeman said the poster’s first appearance was at the Indiana State Fair and will soon be showing up in local businesses and restaurants.

Holeman said in addition, the Delphi double homicide poster has been updated with the composite sketch of the suspect.

Police are hoping more eyes on these posters lead them to suspects.

“These two are very high-profile, not only state, but nationally known cases. Like I said, we have a lot of pieces of the puzzle on a lot of these case, but it’s not a full puzzle put together,” Holeman said. “So, there is a lot of things missing and we appreciate any information that someone might be able to give us.”

“Obviously we haven’t received that one tip yet that we’re still waiting on,” Carroll County Sheriff Tobe Leazenby said. “But we’re hoping that with maybe a bit of information, someone will see that newer poster out and go, ‘Oh boy,’ and it just hits something there.”

The Flora fire reward posters will also be at the Indiana Bacon Festival.